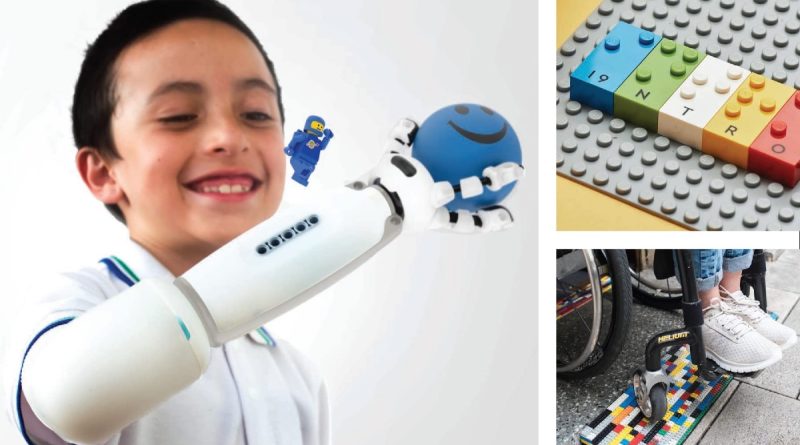 Chronicle Books’ newest publication offers a glimpse at the ways LEGO bricks are being used beyond their basic purpose – whether to create artificial limbs, facilitate learning for visually-impaired people or even assist animals in moving around. All these stories and more are the focus of LEGO Heroes, which has been written by former Brick Fanatics editor Graham Hancock.

The book is due to hit shelves on May 16, 2023, and will chronicle innovations including the LEGO Foundation’s Braille bricks and German builder Rita Ebel’s brick-built wheelchair ramps. The front cover, which is not yet finalised, gives us a glimpse at what to expect from the title when it arrives at all good retailers next year.

Chronicle Books has published a wide variety of LEGO-inspired titles and merchandise, including The Art of the Minifigure, The Secrets of LEGO House, several puzzles, wall calendars, notebooks and more.

Its next release is LEGO in Focus, a full-colour book that showcases some of the best LEGO photography from communities including Brick Central and Stuck in Plastic. It’s due to launch on October 13, and is available to pre-order from Amazon now.