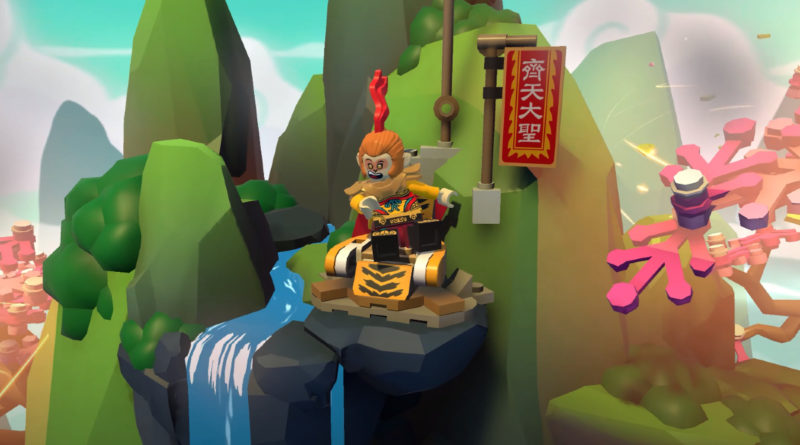 As fighting game LEGO Brawls comes to consoles, the true scope of its character customisation has been revealed.

LEGO Brawls is a 2D fighting game in the vein of Super Smash Bros. Players create a LEGO minifigure and jump into battle in a series of arenas, which take their cues from legacy LEGO themes. Winning matches unlocks new cosmetic or combat items, encouraging long-term engagement.

• If you missed out on Mr Gold, then LEGO Brawls gives you a second chance
• LEGO Brawls has everything from NINJAGO to Alien Conquest

The game first released on Apple devices way back in 2019; today marks its debut on Windows, PlayStation, Xbox and Nintendo Switch platforms. In honour of the occasion, a new video has been released exploring its character creation feature. Reportedly, 77 trillion character customisation options are possible.

Like real-life LEGO minifigures, building your own character is easy. Each one is broken down into component elements (like a head, a torso and legs) which you can customise independently of the others. The available elements are drawn from existing LEGO products; we’ve spotted the likes of Collectible Minifigures, Pirates and Hidden Side in the video so far.

However, even as it’s trying to convey the game’s potential, there are some shortcomings to consider. You can’t customise characters on a more nuanced level: no swapping out individual limbs, for example. You also can’t name your character freely: you’re limited to a noun and an adjective, presumably to protect its young target audience.

Indeed, it’s that young target audience that may find this game most appealing. Reviews of the game indicate its gameplay is a little more simplistic than Super Smash Bros (although it does bring some new game modes to the table). The game also offers cross-play with other platforms, suggesting you won’t be short of opponents online.

Still, if you’re an older LEGO fan, you may appreciate the bevy of references in the game’s characters. Look out for LEGO Brawls now on your gaming platform of choice.