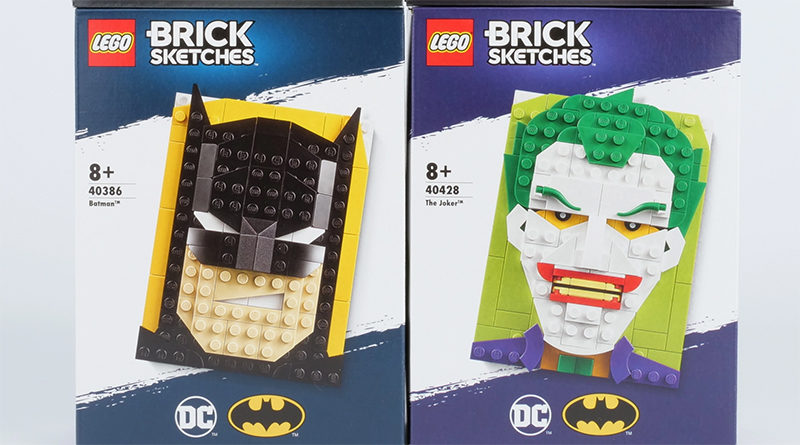 The LEGO Group has confirmed when the new LEGO Brick Sketches theme will launch and how much the sets will cost.

Revealed a few days ago, LEGO Brick Sketches is a new theme that is on the way. The little boxes will contain bricks and instructions to recreate characters as stylised portraits. Initially expected on June 1, the LEGO Group has now confirmed that the release date for this new product line is July 15.

The first four sets will be Star Wars and Batman licensed releases:

Chris McVeigh has been building in this style for years, but it seems it wasn’t until he was hired by the LEGO Group that the company saw the potential in this unique way of building.

Star Wars and Batman have proven to be two of the LEGO Group’s most consistently successful licensed themes, so it perhaps not too surprising that this is where the new theme will begin. As BrickHeadz has demonstrated, the LEGO Group might be willing to experiment with more obscure and unusual licences over time.