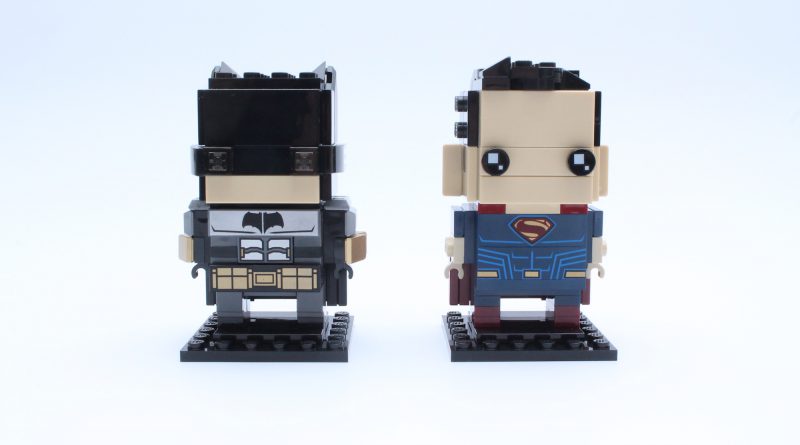 Batman and Superman, the remaining two Justice League superheroes, finally join the LEGO BrickHeadz line-up in 41610, but were they worth the wait?

It feels a bit like an afterthought this late in the game, but the Justice League sextet is finally complete. Joining the previously-released Wonder Woman, Flash, Aquaman and Cyborg are Batman and Superman, arguably the most iconic and popular heroes in the entire line-up. That should make this two-pack a no-brainer for DC fans, or anyone who has collected the rest of the squad. 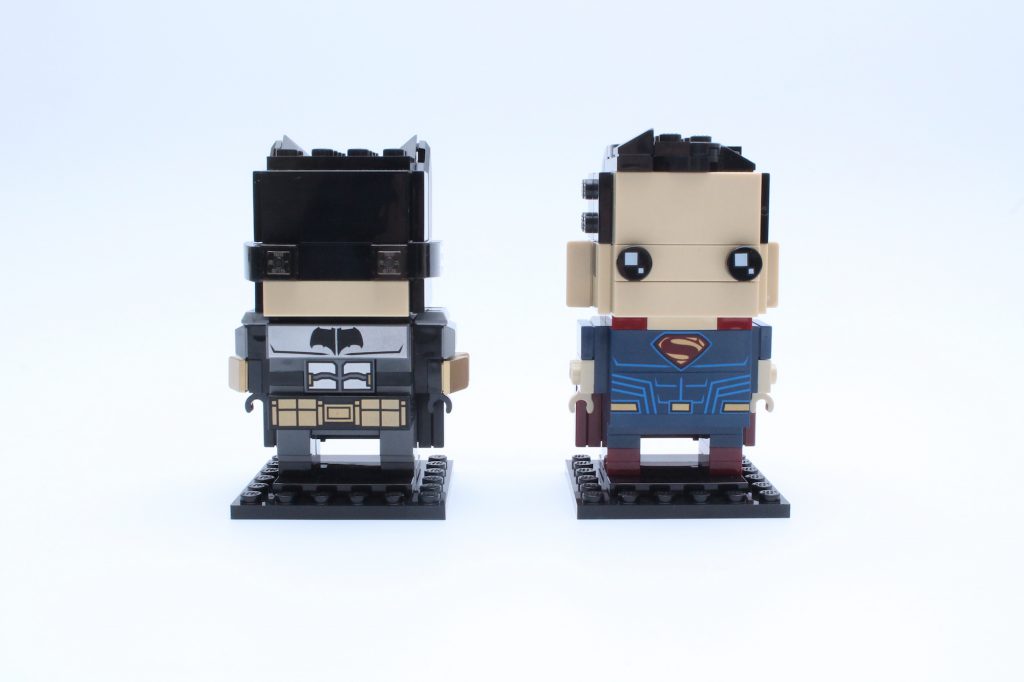 If the DCEU hype train left the station without you, though, is it still worth picking up these superheroes? We’ve already had a comics version of the Caped Crusader in 41585 Batman, but the classic Man of Steel variant was restricted to the SDCC-exclusive 41490 Superman & Wonder Woman, so this is basically your only chance to get your hands on him in BrickHeadz form for a reasonable price.

You’ll have to settle for his cinematic suit, of course, which trades out bright colours for the more muted dark blue and red. His hair isn’t quite as interesting either, forgoing the floppy quiff – which made excellent use of a Unikitty tail in 41490 – for Henry Cavill’s slicked-back mop. Nevertheless, it’s accurate to what we saw on screen in last year’s Justice League, and the cape in particular feels well done – with clever layering around the base and a 1×2 tan plate thoughtfully left in for Supes’ neck.

Just because we’ve seen the Dark Knight before, it doesn’t mean we’ve seen him like this. The LEGO Group has wisely opted to recreate Batman’s tactical suit from the movie, rather than his normal Batsuit, which would likely have skewed too closely to 41585 in all but colour. Here, Bats swaps the regular BrickHeadz eyes for goggles, and his torso is topped off with some awesome armour pieces, including pearl gold cheese slopes and flat silver ingots.

His cape is much the same as Superman’s – so equally impressive – and Batfleck’s shorter ears are cleverly recreated using NEXO KNIGHTS pentagonal shield tiles. He even has shin protection through the simple combo of headlight bricks and 1×1 tiles, adding extra depth to an area usually ignored in other BrickHeadz releases. It all adds up to a version of Batman that blows 41585 out of the water.

If you have the rest of the DCEU-inspired BrickHeadz, then you probably didn’t need this review to tell you to pick up these two. But if you’re a DC fan or BrickHeadz collector on the fence, then just bite the bullet – both these statues are stand-out examples of their respective characters, at least within the BrickHeadz template.

41610 Tactical Batman & Superman is available now at shop.lego.com. You can help support Brick Fanatics’ work by using our affiliate links.