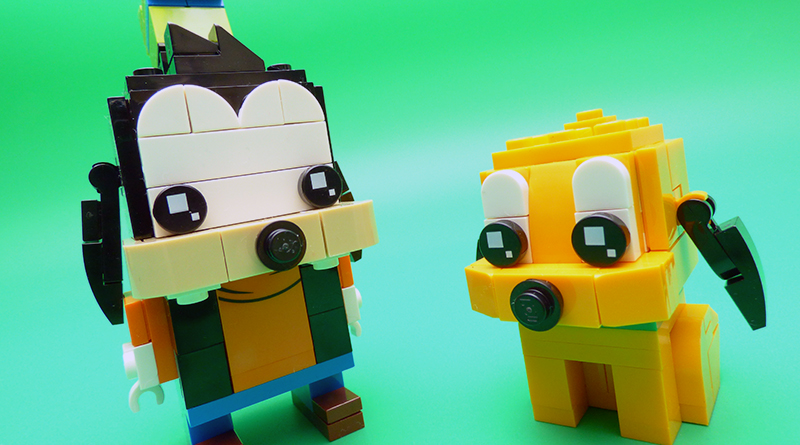 Two of Disney’s most iconic characters arrive in the LEGO BrickHeadz line, with fans now able to add Goofy and Pluto to their collection

While everyone has a favourite Disney film and probably character from that film, there is one group of characters that are as Disney as Disney can be. Mickey Mouse and his core gang of friends have appeared throughout Disney stories for decades, touching every generation that grows up with the brand. Now, following 41624 Mickey Mouse, 41625 Minnie Mouse and 40377 Donald Duck arrives 40378 Goofy and Pluto, rounding out that group of characters in LEGO BrickHeadz.

No-one is likely to complain if Daisy Duck and Chip n Dale were to follow and really round things off, but Disney is a great way to really bring back the LEGO BrickHeadz theme.

The drawling, lovable Goofy follows a fairly standard BrickHeadz build, with his standard orange and black outfit making for a sharp look. Where the character is constructed differently is in the head, with his nose built at a different direction to the rest of the head, and additional attachments added to the side to complete it. This works really well for capturing the unique shape of the character’s face.

Goofy’s hate is also captured well, with its unique shape popped on top of the model’s head at an angle, adding an extra spot of character to the build.
It is not just the talking dog in the box though, as Mickey Mouse’s pet Pluto is also included. He is built at a smaller scale than the standard BrickHeadz model and in a different style thanks to his sitting back legs. They are built as a separate assembly and then attached to the front legs. The whip element severs as Pluto’s tail.

40378 Goofy and Pluto does a fine job of bringing the two characters to the LEGO BrickHeadz theme, with the two builds offering something slightly more interesting than 40377 Donald Duck does. Anyone collecting these will likely want the whole gang anyway though, ah-hyuck.

40378 Goofy and Pluto is available now at LEGO.com. You can help support Brick Fanatics’ work by using our affiliate links.