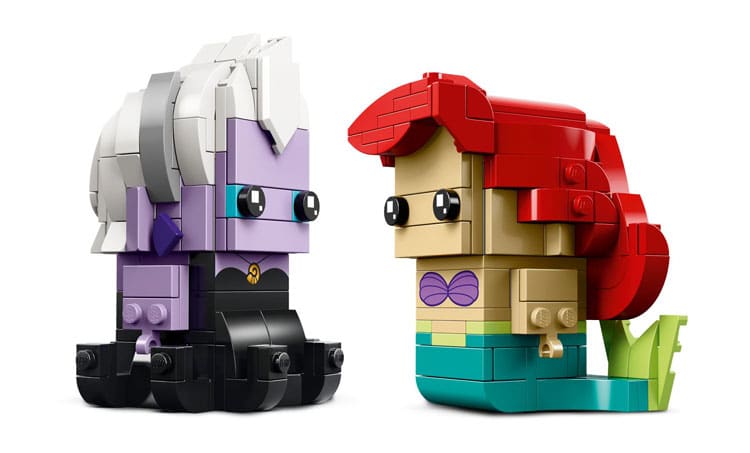 41623 Ariel and Ursula, a new LEGO BrickHeadz set based on Disney’s The Little Mermaid, has been revealed in official images.

For those who were a little too old to be taken with Frozen, the LEGO Group has another movie based BrickHeadz Disney set on the way. 41623 Ariel and Ursula features the hero and villain of The Little Mermaid in the angular format, recreating the unique hairstyles in a LEGO format. PromoBricks has published the official images online.