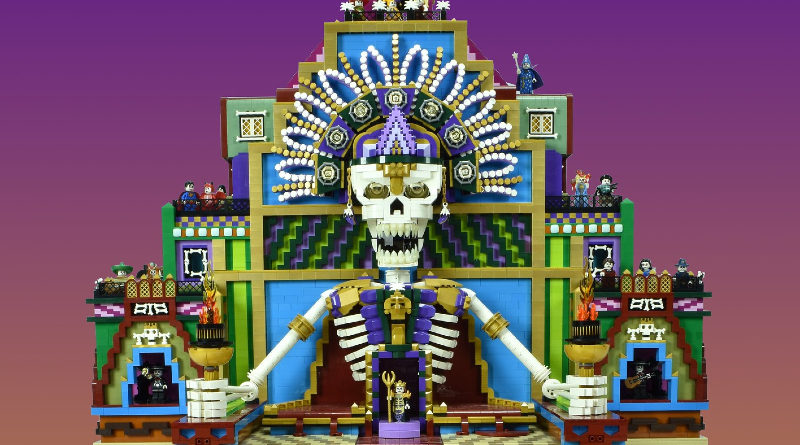 A new LEGO BrickHeadz build has been revealed, marking the first build celebrating the Mexican holiday – the Day of the Dead – with a colourful cultural symbol.

A new set has been found on the LEGO Group’s instructions database, offering the first image of 40492 La Catrina. Like previous models in the BrickHeadz theme, 40492 La Catrina is seasonal in that it celebrates an annual holiday.

The Day of the Dead, or Día de los Muertos as it is known in Spanish, is a day of festivities where families can gather together and remember their loved ones. Some iconic imagery for the event comes in the form of colourful skulls and clothing, both of which are combined in the tall skeletal figure of La Catrina who has become an icon of the event.

The LEGO Group have transformed the character, created by Mexican printmaker José Guadalupe Posada, into the classic BrickHeadz shape whilst retaining the noteworthy elements of her design in the unique cuboid style. These include a bright, flower-filled hat and a painted skull face.

A unique design on the chest represents the ribcage of the figure, while a yellow, green and violet dress flows to the base. The only information presented on the instructions database included an image, the set name, and a release year of 2021.