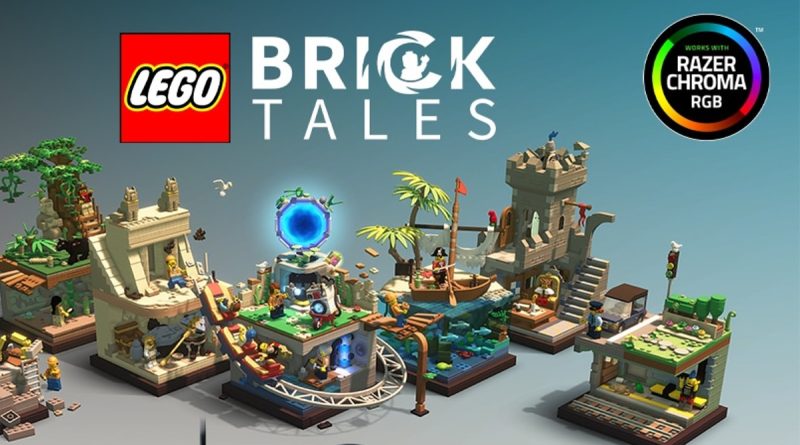 There’s a brand-new feature in LEGO Bricktales already and the team has announced a sweepstakes to celebrate it.

LEGO Bricktales now supports products and accessories with Razer Chroma integration. The feature was revealed at Razercon and to summarise, Razer-compatible devices will light up according to the gameplay.

We quickly tested out this feature and found that enabling Razer Chroma for LEGO Bricktales through the Synapse software caused the W, A, S and D keys to light up to indicate that these keys control the gameplay. Our mouse also had a light overlay with the same colours – blue, orange and white. However, when using the electric ability, a shockwave of yellow light was emitted from the centre of the keyboard, likely confirming similar effects for the other abilities.

It’s a small feature that ultimately will only be available to PC players with Razer products but it’s a sign of continued support for the game following its launch not long ago.

However, there is one aspect to this announcement everyone can get involved with, regardless of platform. To celebrate the addition, a sweepstakes is being held by Thunderful Games and the LEGO Group and Razer with the following prizes.

To enter, you can head over to the sweepstakes’ Gleam page and see the options to enter, including visiting a trio of websites and following the brands on social media. The sweepstakes will be open for entry until October 22 at 6:29pm CEST.