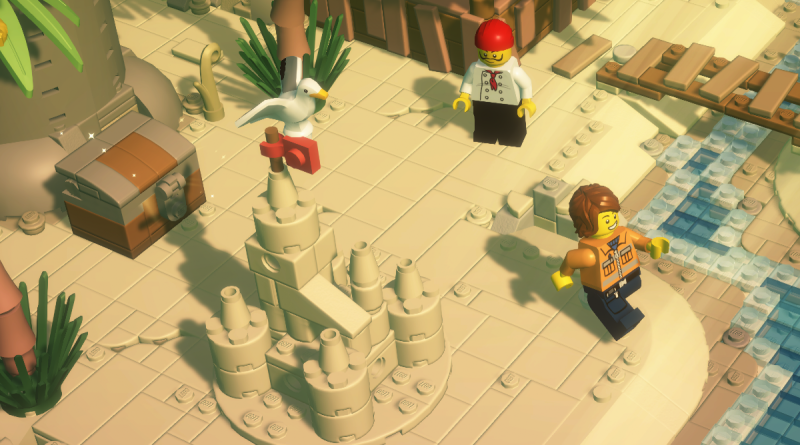 LEGO Bricktales – the latest LEGO video game – will be up for grabs on PC and consoles later today.

The LEGO Group has a long and storied history of video games, but since the arrival of LEGO Star Wars: The Video Game in 2005, they’ve fallen into a bit of a rut. That’s changed in recent years with the arrival of games like LEGO Worlds, LEGO Builder’s Journey and – now – LEGO Bricktales.

Published by Thunderful Publishing and developed by Clockstone (who worked on titles such as Bridge Constructor) LEGO Bricktales takes a more-hands-on approach to LEGO video games. You’re plonked down in a series of brick-built worlds, which you can explore to find secret areas and hidden objects. You’ll also be tasked with building various LEGO models – which have to satisfy certain criteria in order for you to progress.

In short, it’s a much ‘purer’ LEGO game experience than we’ve been used to getting – and reviews of the game have been largely positive. That said, you may encounter some control issues if you play on console.

You’ll be able to purchase the game today on PC, PlayStation, Nintendo Switch and Xbox platforms. A tweet from Thunderful Games has also confirmed the game is compatible with the Steam Deck, Valve’s portable PC.

Much as we like the gameplay of titles like LEGO Star Wars, the focus appears to be shifting to games that more closely mimic the LEGO building experience. That’s a change older gamers might be happy to see, although – with LEGO Star Wars: The Skywalker Saga selling over five million copies – we suspect the older style of LEGO game may stick around as well.