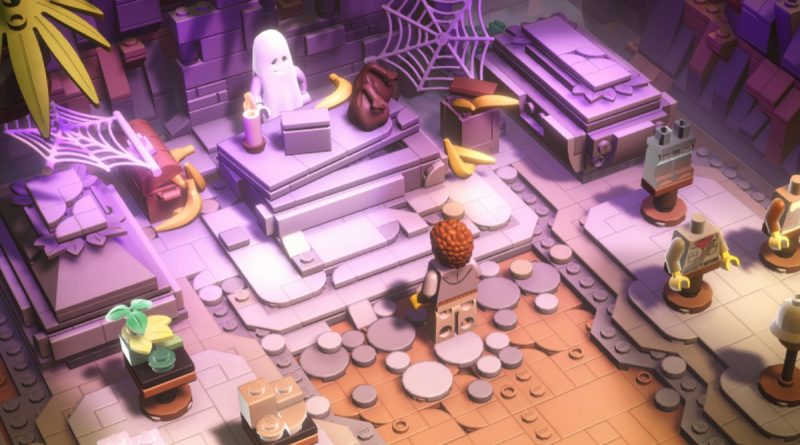 LEGO Bricktales is the natural evolution of building-based LEGO games, expanding on the core concepts introduced in LEGO Builder’s Journey.

When it was first revealed, Thunderful Games’ LEGO Bricktales had a clear connection to Light Brick Studio’s LEGO Builder’s Journey. Both are original LEGO games that break free of the traditional TT Games formula, and instead focus on a purer LEGO building experience (with a strangely similar aesthetic of levels floating in a void).

However, that’s where the similarities end. While LEGO Builder’s Journey is best described as a puzzling LEGO experience with gorgeous graphics, LEGO Bricktales expands on that experience with crucial features that make it a full game rather than a shorter experience. Its graphics don’t quite hit the same heights, but it’s still impressive in its own right.

That’s not to say there’s anything wrong with LEGO Builder’s Journey, but it was refreshing to see that initial title’s concept used as the basis, but not a rulebook, for this new game. LEGO Bricktales includes a lot of building with no ideal way to solve any puzzle. You are encouraged to be as creative as possible, or stick with the classics should you prefer.

Advertised as a physics-based building game, the demo was deceptively light on fulfilling that premise. However, we’re glad to report that the full game has plenty of opportunities to make models where physics plays a crucial role, leading to challenging puzzles that we couldn’t back away from.

The owl perch had us stumped for a while, stacking bricks on every corner of the build until we found a solution that worked. The physics engine may need some work, as we found that some of our builds would collapse soon after the simulation started – but most of the time, it provides an innovative challenge.

At the time of writing, we’re on the fourth world of LEGO Bricktales with the hub world suggesting that there are five to visit other than the main theme park. There’s a good amount of variety so far, with a jungle, desert, medieval world and city. There’s a short story in each world that you’ll make your way through to generate a happiness crystal, which can then be used to fix up the theme park in the hub world, with customisation on the rides available too.

You can also go back and customise any previous build with pieces that you’ve purchased from the various shops in each of the worlds. It’s a strong addition to an already great game that fits in well with the creativity that LEGO bricks provide.

A suite of collectables that you’ll only be able to find by unlocking new abilities (and subsequently revisiting previous worlds) adds a lot of replay value to the title, while the writing has more jokes than we expected, even referencing the very nature of LEGO and its minifigures.

For £24.99 / $29.99 / €29.99, LEGO Bricktales is a near-perfect combination of LEGO Builder’s Journey, LEGO building software and a full video game. For those familiar with the LEGO Group and their many titles, it’s a refreshing experience that – no pun intended – builds on games before it with opportunities to personalise your experience, more than enough content for the price and a great soundtrack too.

If this is a marker of future LEGO games, then things are looking bright. LEGO Bricktales is available now on PC, PlayStation 5, PlayStation 4, Xbox Series X / S, Xbox One and Nintendo Switch.

This game was provided for review by Thunderful Games.