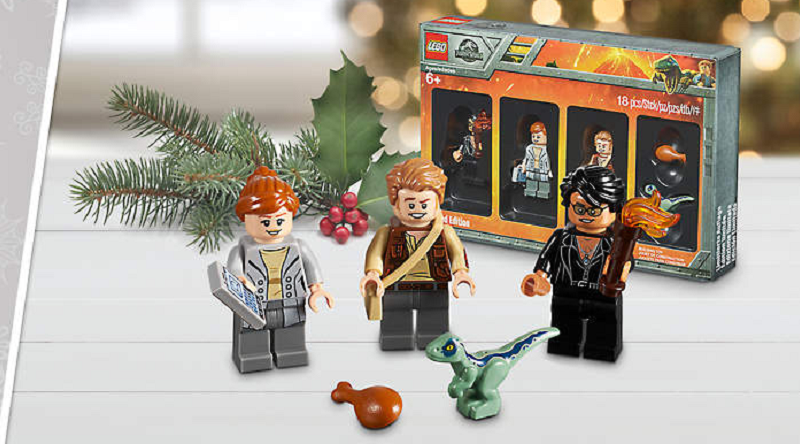 For just two days, fans in the USA can get the as yet unreleased LEGO Bricktober 5005255 Jurassic World minifigures.

LEGO Bricktober 5005255 Jurassic World minifigures is free with spends of $99 or more at shop.LEGO.com, allowing fans in the USA to get the special set that includes the highly desirable Dr Ian Malcolm minifigure. What is more, any such order will also qualify for a free 5005253 Reindeer Ornament. The Jurassic World gift with purchase promotion ends at 23.59 EST on December 16, so those seeking the set should order quickly.

It has been a difficult road to release for the four Bricktober sets, that were originally planned as Toys R Us exclusives before the retailer folded earlier this year. 5005254 Harry Potter minifigures and 5005257 NINJAGO minifigures have both been made available in the USA already, with only 5005256 Marvel Super Heroes minifigures now awaiting distribution. 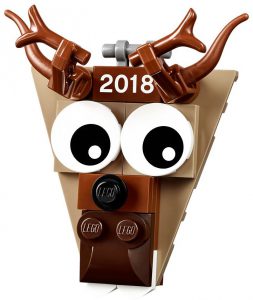 In the UK, the sets were expected to be made available via shop.LEGO.com, but it now seems that any that are released will come via other retailers. Which retailers will get which sets has yet to be confirmed.

Any order for 75251 Darth Vader’s Castle will get a free LEGO Star Wars Darth Vader polybag, and presumably also qualify for the other two freebies as well – making it the most effective way to get as many free items as possible.