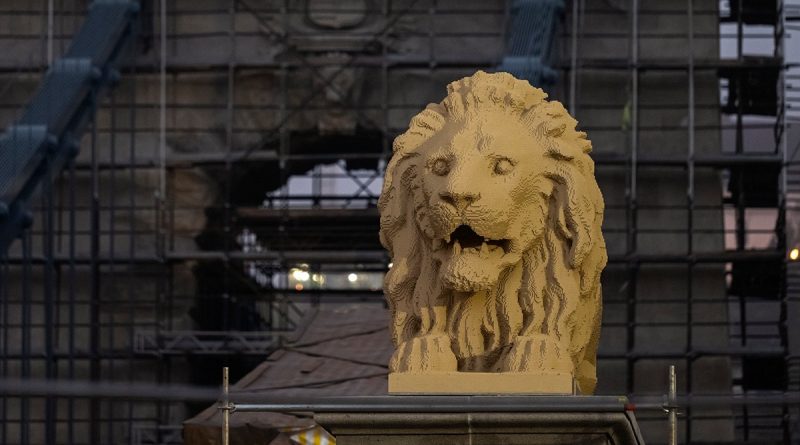 Hungary and Budapest’s Chain Bridge is under renovation, including its lion statues, but the LEGO Group is on hand with a fitting replacement.

Until the end of November 2022, one of the lion statues on the Széchenyi Chain Bridge has been replaced with a LEGO version while the original is under restoration, along with the rest of the bridge.

The lion is exactly the same scale as the previous statue and should serve as a fitting stand-in until the restoration is completed. Visitors are invited to come and see the LEGO lion at Clark Adam Square from now until the end of November when the original statue will likely take its rightful place for the foreseeable future.

It’s not the only attention that the LEGO Group has given to Hungary and the region’s division of the company recently with a huge expansion to the region’s factory announced in 2021 and to be completed next year.

There are a lot of big builds appearing all over the world this month, with many based on the upcoming Black Panther: Wakanda Forever movie and a smaller, but still significant custom gaming PC for Halloween.