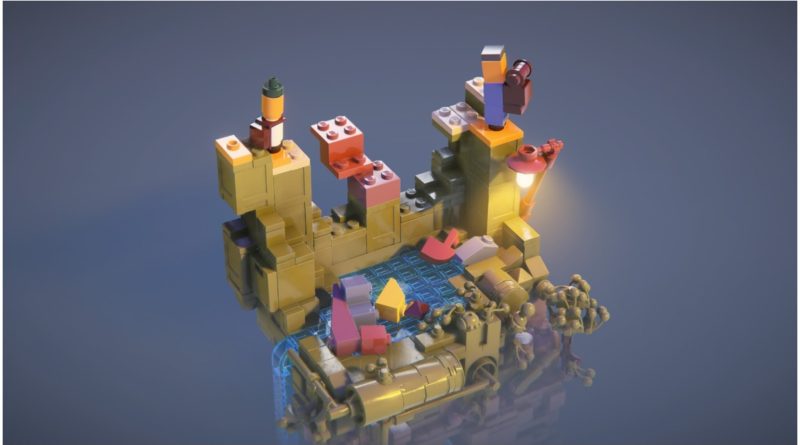 LEGO Builder’s Journey is a tactile and charming video game experience, although its new ideas don’t make up for a few frustrations.

Over the last few years, most LEGO games have – for better or worse – found a formula and stuck to it. TT Games’ template of light combat, simple brainteasers and wanton destruction has been applied with great success to a swathe of popular franchises. From Star Wars and Jurassic World to The Lord of the Rings and… er, Knight Rider, anything sufficiently popular has earned some kind of LEGO version.

That’s what helped make LEGO Builder’s Journey such a welcome change of pace. The game isn’t actually new: it first released in late 2019 as an exclusive title for Apple Arcade. It later gravitated to Nintendo Switch and Xbox, and at last it’s available on PlayStation platforms – which has, in turn, inspired our review of it now.

LEGO Builder’s Journey stands in stark contrast to the contemporary formula for LEGO video games. It’s unlicensed, devoid of minifigures, and focuses on tiny vignettes rather than vast open worlds. It also captures the weight and tactility of LEGO elements – the thing that made The LEGO Movie so special, and the absence of which can leave TT Games titles feeling a little weightless.

At its heart, LEGO Builder’s Journey is a puzzle game. Each level depicts a small chunk of scenery built from LEGO bricks, with an anonymous child and/or their parent in it. Following a brief tutorial your job is to move one of these to a goal area, but you cannot control them directly. Instead you must assemble a path or clear an obstacle for them, until they reach the other side and the whole thing begins anew.

Your method of traversal varies as the game progresses. At first the characters can only move between yellow jumper plates, and then only if they’re placed sufficiently close together. In a later portion of the game one character acquires a roller skate, and you must create a smooth, unbroken path for them to ride it over.

There is a story, of sorts, but the simple nature of the world means aspects of it are open to interpretation. Still, there’s some pleasing twists and turns, and some impressive emotional moments amidst elements devoid of them. Expect the story to take a few hours, at most, to complete.

As a transplant from PC and mobile devices, there were questions as to how well LEGO Builder’s Journey would work with a controller. Fortunately the game has made the jump to PlayStation rather well, and runs at a smooth 60FPS on a base PS4 throughout.

Tap X to pick up a highlighted brick, tap it again to rotate it and hold it down to stick the brick in place. The left stick lets you move the selected brick around the game world, and the right stick lets you adjust the camera – if only slightly.

Indeed, LEGO Builder’s Journey places its limitations front and centre. Each level only gives you a handful of elements to use, and variations on each theme are regularly introduced. In one early level, for instance, you must traverse a muddy river. You can place a jumper plate on these river bricks, but stepping on it will cause it to sink into the mud.

Therefore, in order to clear the level you must act quickly to create a traversable path for the child. Other riffs on this basic idea can be found later in the game, although ones that are time-sensitive don’t always play well with the controls here.

Still, on the whole it’s a pleasantly serene affair. You have soothing, unobtrusive music to accompany your every step, and there’s often a little leeway in how you traverse the levels. Like LEGO itself, it encourages experimentation – albeit within constraints we’re not used to seeing.

That’s not to say the puzzle-solving itself is always plain sailing. Puzzles in the middle of the game can be a test of patience rather than intellect. While the solution may be obvious, the elements you need to realise it can be parcelled out very slowly. Towards the end of the game the puzzles in front of you can also become obtuse; the silent, abstracted nature of gameplay means the game as a whole struggles to explain new mechanics.

In one situation, for example, we solved a puzzle without understanding how exactly we reached the solution – or what the solution even was. In another, we needed to use a piece that wasn’t obviously available until we went hunting for it, thus breaking a cardinal rule of puzzle games in the process.

Even if the game frustrates you, though, you can’t help but marvel at the physicality of the world it’s constructed. Levels always succeed on a purely visual level, its LEGO elements reflecting both light and surface scratches as you move the camera around. But crucially, levels also sound right. The telltale rustles and clicks as you shift LEGO bricks around (or stick them together) are all present and correct, giving the game the tangibility and tactility it demands.

The way the levels are put together is also pleasant. The world of LEGO Builder’s Journey is riven with organic texture: bubbly trees and crumbling cliffs are dotted throughout its vignettes, although some intricate mechanical detail also crops up later on. True LEGO fans will be able to appreciate the inventive parts usage, and mull over how exactly its worlds are constructed.

When you’re done playing through the story, you can check out Creative Mode instead. This lets you sample the delights of freeform LEGO construction, albeit with a few constraints. You can only build within a small area (although a few different backdrops are available) and cycle through a small selection of elements to build with. You can also repaint elements using an in-game paint bucket but – again – you’ve only got so many colours to choose from.

Actually building something in this mode can be time consuming – especially when playing with a controller. You must drag each individual brick into place, and while placing a brick clones it, you must manually highlight and grab this new element each time. This makes building anything complex a test of endurance, especially as elements to build with are seemingly spat out at random.

However, we were able to build a simple house without encountering any obvious limits on element numbers. You can also rotate your entire model in 90-degree increments, allowing you to scrutinise every aspect of it. When you’re done, you can play around with lighting levels and subtract certain background elements to photograph your creation properly.

If you’re looking for a spiritual successor to LEGO Digital Designer, this ain’t it. But then, you get the sense it isn’t trying to be. Taken as a whole, LEGO Builder’s Journey is about the vibes – about capturing the feeling of playing with LEGO rather than the material reality of it. It recognises something that titles like LEGO Worlds arguably failed to: that good games establish clear constraints on how we interact with the environments they construct.

The world it conjures up is warm and fantastical, at times only superficially resembling how such a LEGO model would work in practice. It’s more arty and sophisticated than rummaging through a bin of odds and ends, even if some of the pure fun of LEGO is lost as a consequence.

But in a landscape flooded with the TT Games formula, we’ll take anything we can get. Despite its flaws and frustrations, LEGO Builder’s Journey is a vital new direction for LEGO games to take. With luck, it’s one the LEGO Group will continue to build on.

When did LEGO Builder’s Journey come out?

There’s no multiplayer component to LEGO Builder’s Journey, but multiple players may enjoy building items in Creative Mode together. You can also share pictures of the LEGO models you make with other people.

How much is LEGO Builder’s Journey?

LEGO Builder’s Journey costs £17.99 on Nintendo Switch, £15.99 on Microsoft Windows (via Steam), £16.74 on Xbox platforms and £15.99 on PlayStation platforms. It’s available on Apple devices as part of the Apple Arcade subscription service, which costs £4.99 per month. Prices on non-Apple devices may be discounted in the future.

Which platforms is LEGO Builder’s Journey on?