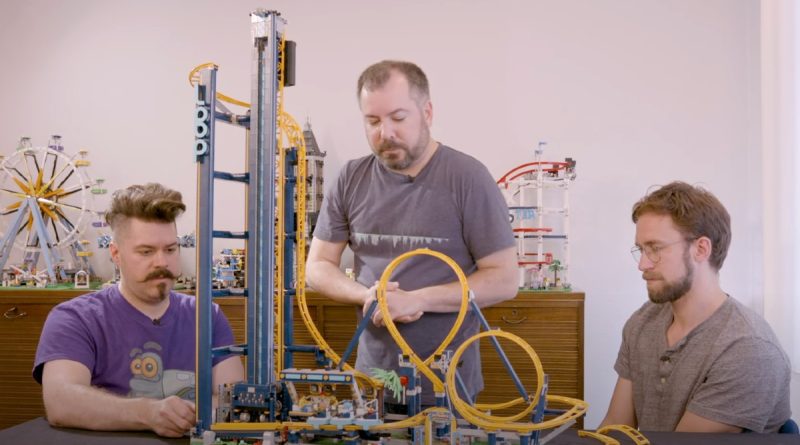 Following a modular-building-focused video, LEGO Building Stories is turning its gaze towards the Fairground Collection and 10303 Loop Coaster.

Designers Mike Psiaki, Carl Merriam and Pierre Normandin are featured in a new video as part of the LEGO Building Stories series. The first included a look at the past 15 years of LEGO Modular Buildings with Jamie Berard.

At about 20 minutes long, the video is full of designer insight for all seven models that are part of the LEGO Fairground Collection as the trio demonstrates the features of each build.

For 10303 Loop Coaster, the latest episode of LEGO Building Stories acts as the designer video for the model, including a discussion as to how the issue of a large baseplate footprint was solved with the elevator tower and insight into the thought process of the features and how select elements create a timer for the elevator.

While much of the LEGO Fairground Collection has retired, you can currently pick up 10273 Haunted House and 10303 Loop Coaster from the official online store now.