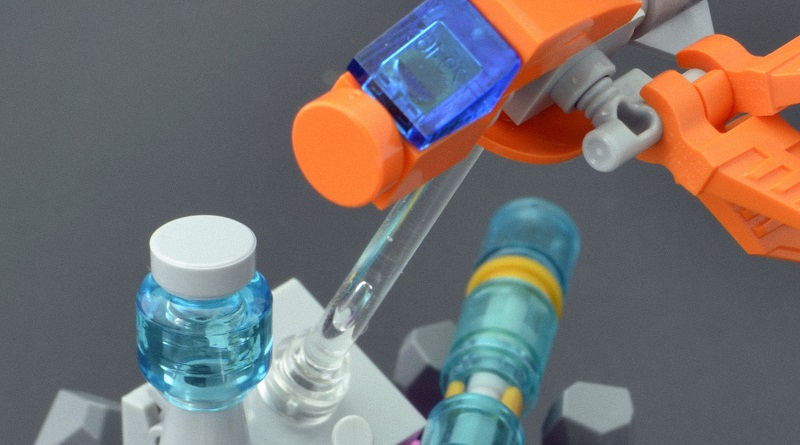 Brick Fanatics is challenging talented builders to demonstrate what can be done with just 60 LEGO pieces. This build demonstrates just how much detail can be suggested with 60 elements

In order to build a microscale city scene with only sixty bricks, it was time to get a little more clever with the part choices. The rock wheel that makes up the base of the build is quite large, and moulded with a considerable amount of detail. Still though, it’s just one piece. I’ve used these parts in a number of microscale builds, and it always makes for a solid foundation. The arrangement of the holes in the center of the wheel means there are a lot of options in terms of where to place studs to build up from. This meant setting the transport tube at an angle was a breeze compared to doing so with a traditionally orthogonal arrangement of studs.

With a build like this, colour also plays an important part. The buildings are a uniform gray to show their connection to one another, and to differentiate them from the gray of the rocks. The dashes of pink make the coral reef its own thing, and the orange “goldfish” sea craft pops right out of the scene, both through colour and use of forced perspective.

Check out more of Jme’s build on Flickr, where he goes by klikstyle. Share your 60 piece LEGO builds with Brick Fanatics on social media.