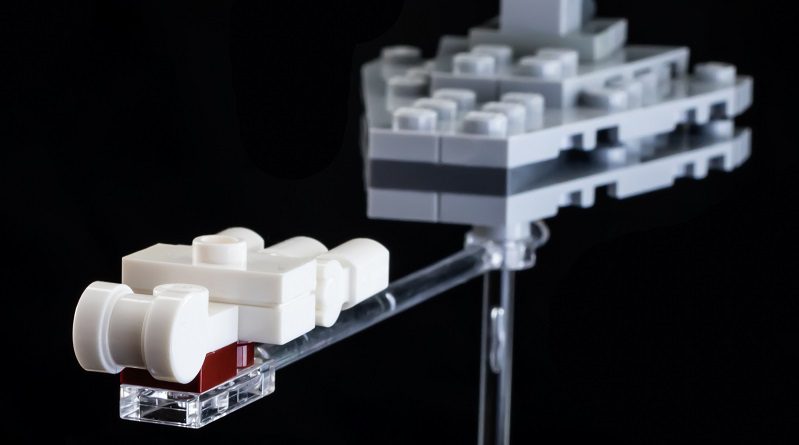 Brick Fanatics is challenging talented builders to demonstrate what can be done with just 60 LEGO pieces. Today, the opening scene from Star Wars: A New Hope is represented in micro scale

A while ago I built a micro Tantive IV, however it came in at a whopping 56 pieces. I set myself the challenge then of
not only getting a micro Blockade Runner but also a Star Destroyer and Tatooine in just 60 bricks. 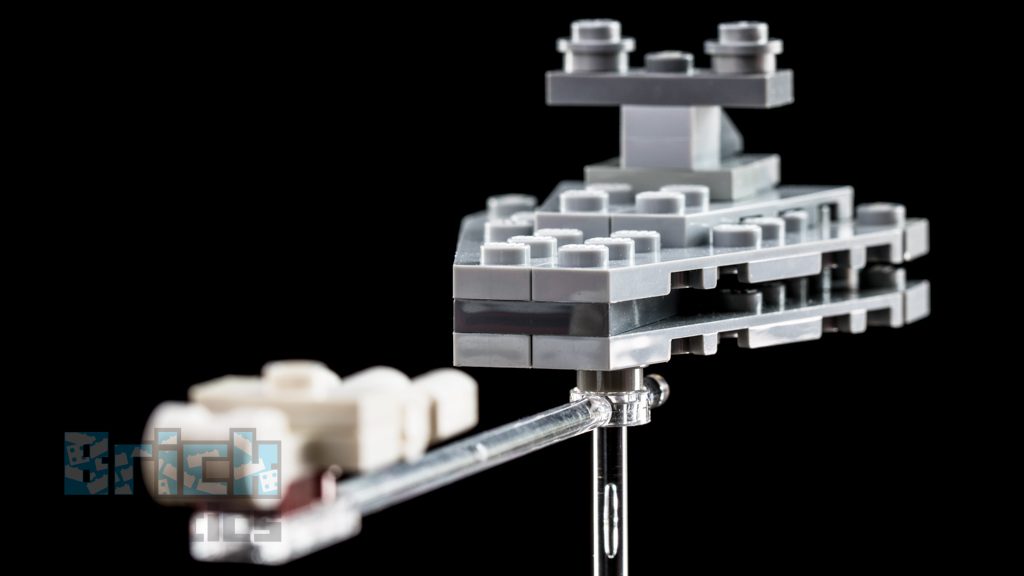 The Star Destroyer is very simple. It is based on many of the micro Star Destroyers that have been built in the past just with slightly fewer pieces. I think it is such an iconic shape anyway that really, in this case, a couple of wedge plates will do.

As for the Tantive IV itself, that is made of only 10 pieces! I have utilised both a 1×1 round plate with hole and a 1×2 jumper to give me a ‘staggered’ effect and then used the same engine design from the 75097 Star Wars Advent Calendar’s Blockade Runner build from 2015.

I think it looks really good, especially as when looking at the model front on, it does capture the look of the original 1977 Star Wars film’s opening shot.