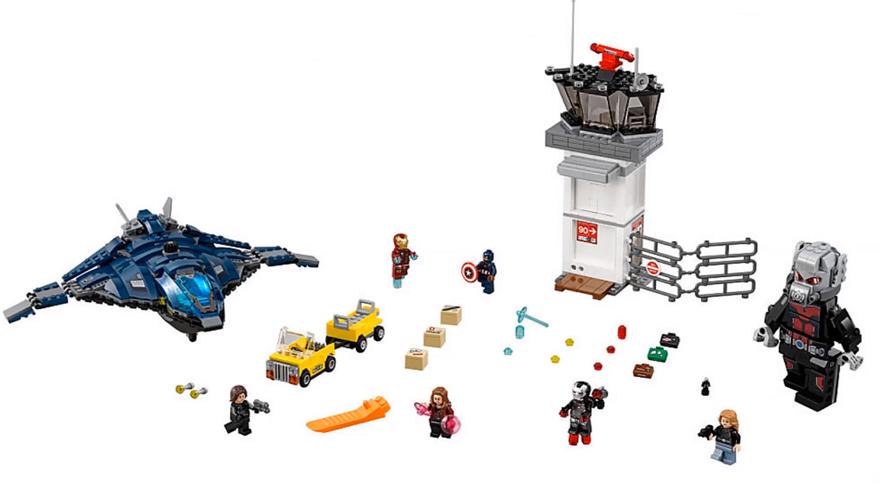 It’s not long now till the highly anticapted Captain America film. Hopefully it will be as awesome as the comics. As with all recent Marvel films, LEGO does the sets and we’ve had sneak peaks of what to expect from LEGO but now thanks to Just2Good we have detailed set images and box art for you to feast your eyes on.

287 pieces and it includes minifigures of the Winter Soldier, Captain America, and Black Panther.

179 pieces and has minifigures of Falcon, Black Widow, and Crossbones.