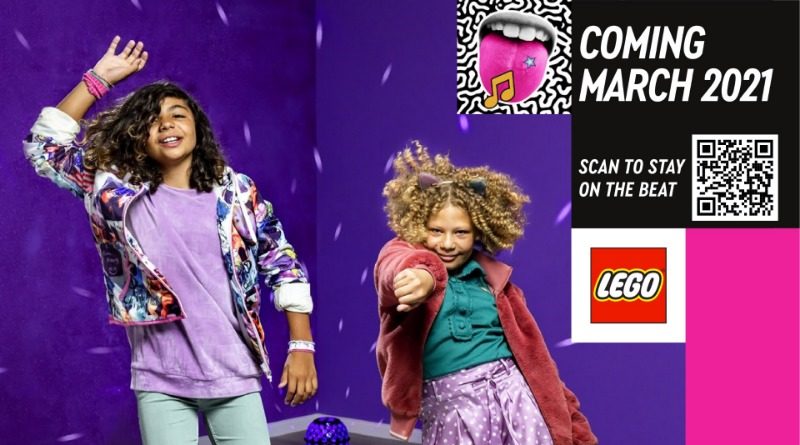 The two companies first announced their partnership back in April, emphasising a focus on kids “expressing themselves through music”. Rumours have since suggested that the new theme will revolve around creating music videos.

The New Zealand retail catalogue‘s LEGO Vidiyo teaser page features two young girls throwing some shapes, with not a single LEGO brick in sight. There is a QR code, though, which you apparently need to ‘scan to stay on the beat’. Unfortunately, the page it leads to only returns a 404 error.

According to previous rumours, each LEGO Vidiyo set will contain a printed 2×2 tile, which can be scanned using a smartphone. You’ll apparently then be able to use augmented reality to shoot videos using the new sets, combining them with music in the accompanying app.

Back in October, an online retailer listed seven LEGO Vidiyo sets for release in March 2021. However, they’ve since been removed from the site, presumably because they were put up very prematurely. The New Zealand catalogue does reiterate that launch date of March, though, so we don’t have long to wait to find out what LEGO Vidiyo is all about.