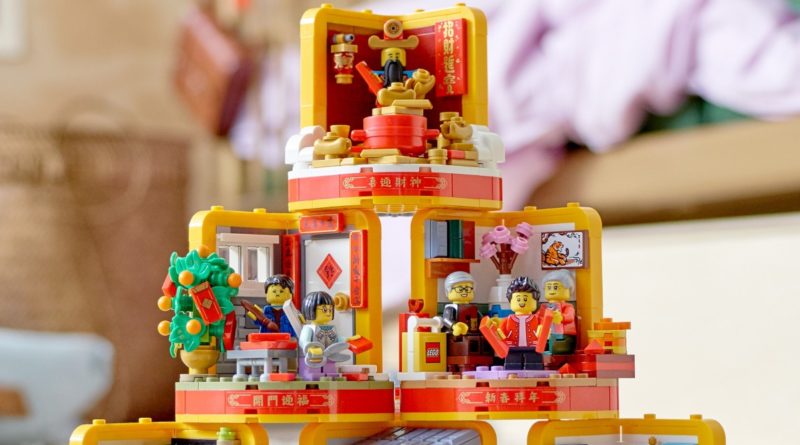 The LEGO Group has celebrated the Lunar New Year in Taiwan with a collection of life-sized recreations of at least two newly-released sets.

40491 Year of the Tiger and 80108 Lunar New Year Traditions have been released worldwide already, with the former being a GWP to celebrate the Lunar New Year. In Taiwan, the LEGO Group helped ring in the year with an outdoor exhibit above Taipei City Hall and included recreations of these two sets.

Twitter user Tricky Taipei was in attendance at the event and has provided us with a look at some of the upscaled models that were made for the celebration.

The full build of 40491 Year of the Tiger, but with a winking face, was recreated for the exhibit, acting as a photo opportunity for guests. You can read our review of the promotional model by clicking here to take a closer look at the set.

The larger 80108 Lunar New Year Traditions wasn’t completely transformed for the display, but a small section of the build as pictured was picked for the exhibit as well as a minifigure for 80109 Lunar New Year Ice Festival. According to the Twitter user, the event can be visited until February 13.

We’ve given both 80108 Lunar New Year Traditions and 80109 Lunar New Year Ice Festival an in-depth review that you can read by clicking here and here respectively.

Support the work that Brick Fanatics does by purchasing your LEGO Lunar New Year sets through our affiliate links.