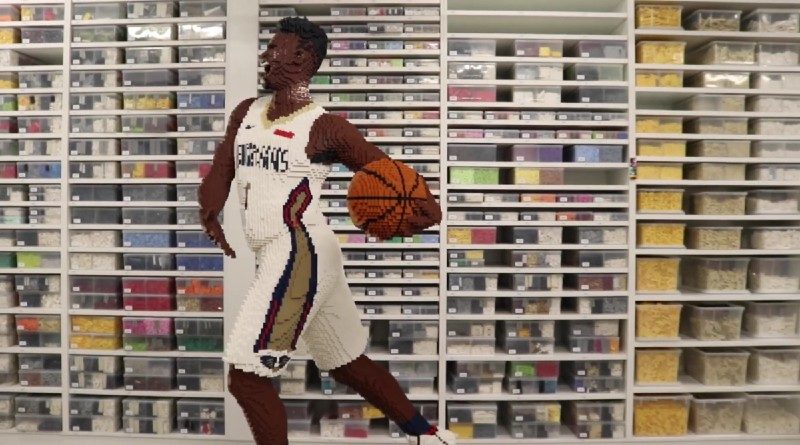 A LEGO Certified Professional is shooting hoops for an upcoming video game, recreating an NBA player in LEGO bricks.

Ryan McNaught, also known as the Brickman, is the only Certified LEGO Professional In Australia and has a seemingly busy schedule when it comes to building, with his projects and events being a regular part of the LEGO calendar.

Now, video game publisher 2K Games has hired him to recreate a basketball player in a dynamic pose to promote the launch of NBA 2K21.

In a video uploaded to YouTube, the extent of the creation is detailed. Zion of the New Orleans Pelicans was the chosen player for the replica, with it taking 42,000 bricks to recreate the athlete out of LEGO pieces.

A timelapse within the video showcases the construction process for the model and Ryan explains that it took just under 200 hours to make from start to finish. Roughly a quarter of that time was focused on getting the anatomy of the figure just right.

It’s not the first time that video game companies have chosen to team up with LEGO Certified Professionals with Ubisoft previously partnering with Artist Dirk Denoyelle for a giant mosaic based on Immortals: Fenyx Rising. It’s also not the first time that the worlds of LEGO and the NBA have mixed, with a range of sets dedicated to Basketball back in 2003.