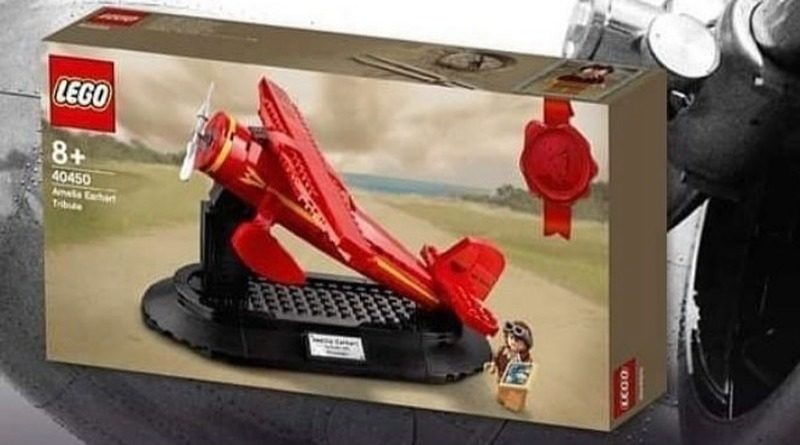 South Africa’s only LEGO Certified Store has since deleted the image from its Facebook page, as reported by Ashnflash, suggesting it was published a touch prematurely. But its very existence means the set is presumably coming to LEGO Stores and LEGO.com very soon – perhaps as early as March.

Like 40410 Charles Dickens Tribute before it, this latest model celebrates an iconic part of history, featuring an Amelia Earhart minifigure with her bright red Lockheed 5B Vega. The aviation pioneer set two of her most famous flight records in the plane in 1932, first flying solo across the Atlantic Ocean, and then flying non-stop across the US.

Fortunately, there’ll be plenty of brand new LEGO sets to get you there – particularly if this tribute to aviation history does take off in March, when a whole host of new sets from Star Wars, Marvel, Friends and more are also due to launch.