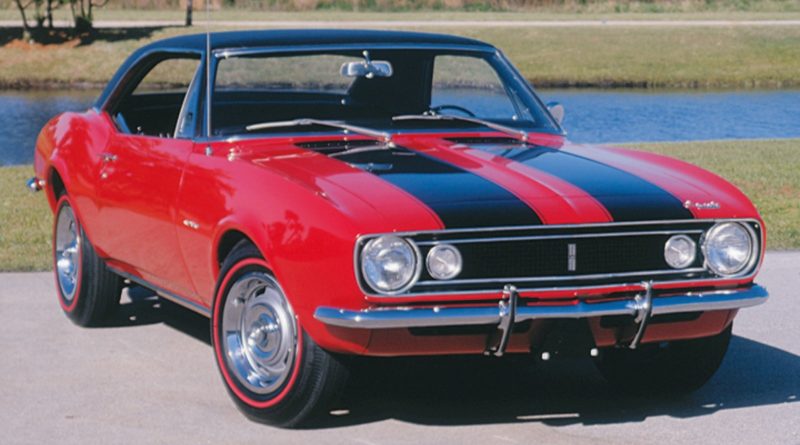 The LEGO Group’s Creator Expert theme may be expanding this year, with more rumoured Chevrolet Camaro Z/28 details being revealed.

A recent report suggesting the next LEGO Creator Expert car could be a Chevrolet Camaro Z/28 has now been fleshed out with more details emerging regarding the potential upcoming set. Previous rumours suggested that a possible price tag or €159.99 and a 1,456-piece count had been listed for the classic American muscle car.

Promobricks has now followed up its original report with more details on the set, revealing that 10304 Chevrolet Camaro Z/28 could be arriving sometime between August and October. In addition, it’s stated that LEGO designers have taken the look of the 1969 version of the car as a starting point, with extra pieces supplied with which to customise the vehicle.

The ‘basic model’ is said to be a black Camaro with grey rally stripes on the hood and trunk. The stripes are built from LEGO pieces (not printed stickers), with additional red and white bricks available for alternate detailing. The interior has been revealed to be dark red with light red accents. There’s also said to be the option to construct the Camaro as either a convertible or coupe version of the car, thanks to a removable roof.

The report goes on to mention that 10304 Chevrolet Camaro Z/28 could allow for up to six different models of the car to be made, with opening doors, tailgate and hood, plus a brick-built engine. The vehicle is said to be 9.5 cm high and 35.5 cm in length and includes both a yellow ‘CHTY-69’ and black ‘P4N-T3R’ removable licence plates.

There’s been no official confirmation from the LEGO Group so far regarding a potential launch of 10304 Chevrolet Camaro Z/28. However, the company’s existing partnership with Chevrolet has resulted in the release of 76903 Chevrolet Corvette C8.R Race Car and 1968 Chevrolet Corvette, so a new set is certainly a possibility.