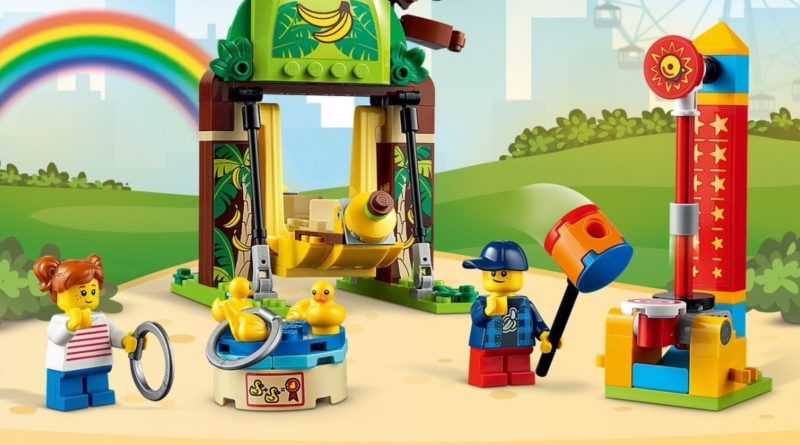 A LEGO Certified Store in Taiwan has published the first image of 40529 Children’s Amusement Park, a gift-with-purchase that could herald a new Fairground Collection set.

Potentially strengthening rumours of a new LEGO roller coaster launching this summer, the fairground-themed freebie includes a swinging banana boat ride, two stall games – a test-your-strength machine and a hook-a-duck – and two unsupervised children. The spend threshold isn’t yet known, but according to the original post, it’ll be available from April 15 to 30 (or while stocks last).

Word of a follow-up set to 2018’s 10261 Roller Coaster originally surfaced in February, with a possible release date of May or June. Either of those would be too late to tie in with 40529 Children’s Amusement Park, but it wouldn’t be the first time the LEGO Group has launched sets out of sync. If you want the most complete fairground possible, it could be worth grabbing 40529 just in case.

All that said, 10303 Roller Coaster is still just a rumour at this stage, so don’t chuck all your eggs in that particular basket. But the existence of 40529 Children’s Amusement Park does seem to suggest that some kind of Fairground Collection set is on the way, following 2020’s 10273 Haunted House. Whether that’s a coaster or something else entirely remains to be seen.