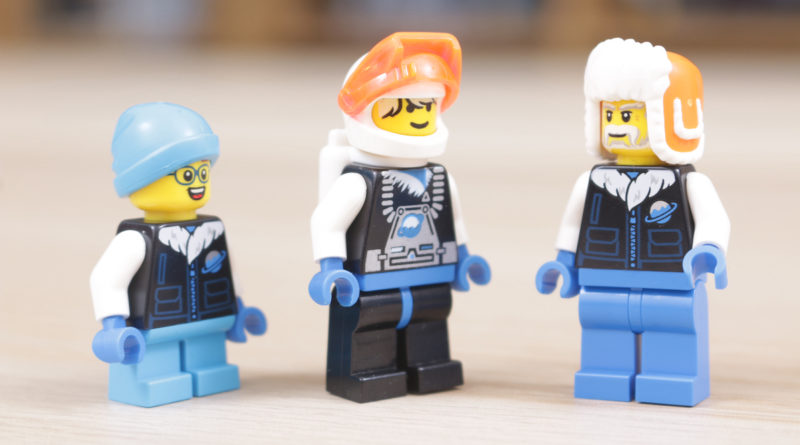 Ice Planet 2002 originally landed on shelves in 1993 – back when 2002 was still considered futuristic, which should make you feel old in the same way as Blade Runner being set in 2019 – before a couple of polybags and promotional releases rounded out the subtheme in 1994.

In the grand scheme of classic LEGO themes, then, it’s a pretty deep cut – especially for the audience the brand new Chinese New Year sets are primarily intended for, given the company has only recently expanded into China. The kids, parents and adults picking up this set may not have the extensive grounding in the LEGO Group’s history that a reference like this not only requires, but deserves.

But all of that hasn’t stopped the LEGO Group from including a new torso in 80109 Lunar New Year Ice Festival – on shelves from today in the UK, and January 10 in the US – that riffs on the Ice Planet motif, with a fur-collared black jacket that features the subtheme’s logo. It sensibly eschews the sci-fi equipment of the original minifigure, but is otherwise a very clear nod to the ‘90s design.

Two minifigures sport that torso in 80109 Lunar New Year Ice Festival, and in one of them, the Ice Planet homage also carries through to his headgear: the trapper hat is brand new in white and orange, having previously appeared in only tan and red or white and dark azure, and it’s a perfect continuation of the Space theme’s colour scheme.

Is this reason enough alone to pick up 80109 Lunar New Year Ice Festival? Well, who are we to say otherwise if Ice Planet 2002 happens to be your favourite childhood theme? But if tapping into that well of nostalgia isn’t enough to seal the deal, you can always check out our full review of the Chinese New Year set to see why it should be high on your list regardless.