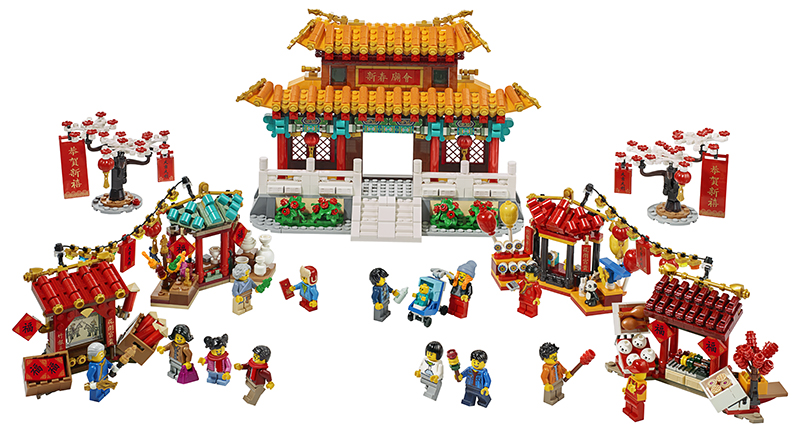 The Chinese New Year Temple Fair set captures a beloved event often seen in towns and cities throughout China around the lunar new year. The set includes stalls displaying a vast, colourful array of LEGO versions of authentic items you would find at a Temple Fair. Everything from barbecue dishes to candy, toys, vases and dough figurines are lovingly re-created ion LEGO form. The set also includes 14 minifigures. Eagle-eyed LEGO fans will notice that the family from last year’s Chinese New Year’s Eve Dinner set make an appearance, continuing the story of their Spring Festival celebrations. 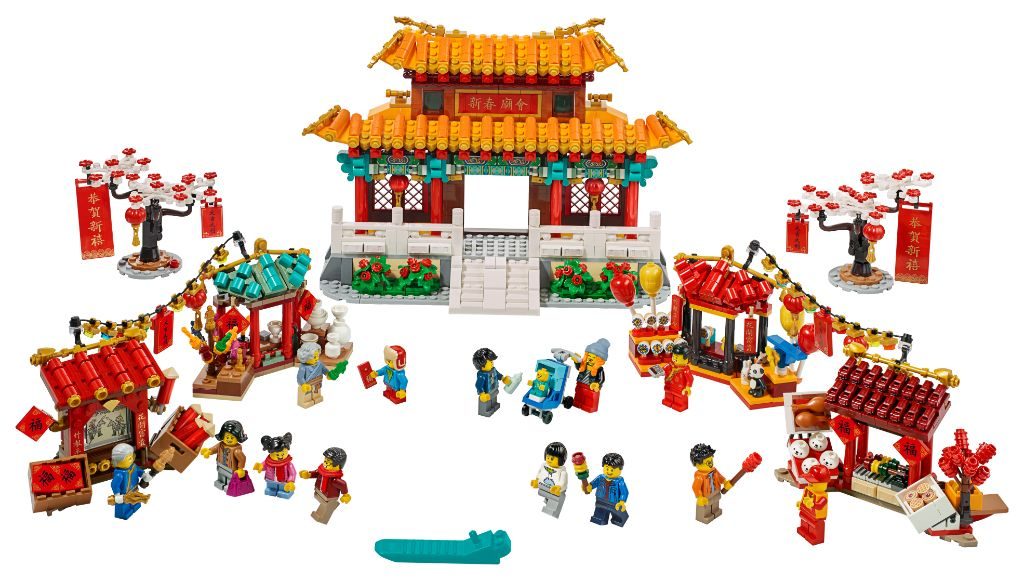 “We were incredibly thorough with our research when designing the sets. For the Chinese New Year Temple Fair, we looked closely at the types of things vendors sell in the market stalls and all of the various goods on offer,” says LEGO Product Designer Markus Rollbühler.