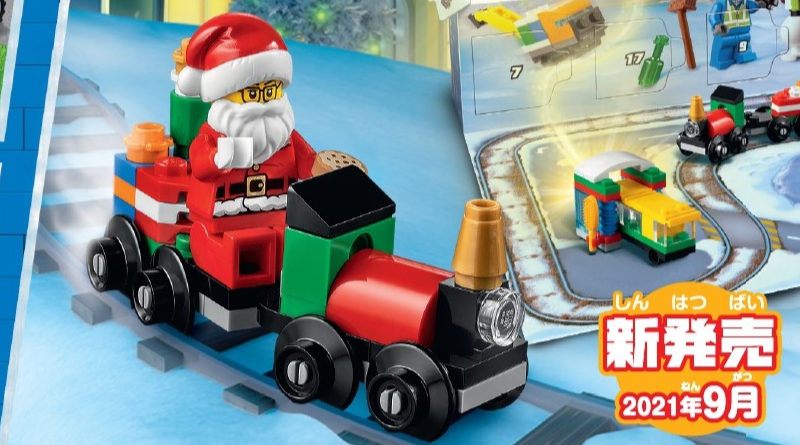 Another regular addition to this year’s Advent Calendar offerings has been officially revealed as LEGO CITY showcases its selection of seasonal builds and minifigures.

LEGO 60303 CITY Advent Calendar can be seen next to the also officially unveiled Stuntz subtheme of sets, a point that ends up being relevant in much of the models coming later this year.

If you’d rather not be spoiled on some of the contents in 60303 CITY Advent Calendar, you might want to click away. However, the images provided so far don’t show everything included. Out of the 24 builds and minifigures, around half of them are shown on the box and content pictures.

Like last year’s Advent Calendar, microscale versions of buildings are included to populate the fold-down display. Some of these are based on sets from across 2021, including the car wash from 60292 Town Center. Minifigures from various jobs are included too as well as the usual Santa on a brick-built train.

However, the most interesting inclusions within the Advent Calendar are the appearance of miniature models of the new Stuntz sets with a monster truck and ramp from 60295 Stunt Show Arena and the main build from 60294 Stunt Truck Show – because apparently, LEGO CITY loves to enjoy a stunt show at any time of year.

LEGO CITY 60303 Advent Calendar will release later this year, with the catalogue suggesting a launch in September. You can find out more on the other seasonal sets from Harry Potter, Star Wars and newcomer Marvel too to pick out your chosen calendars ahead of release.