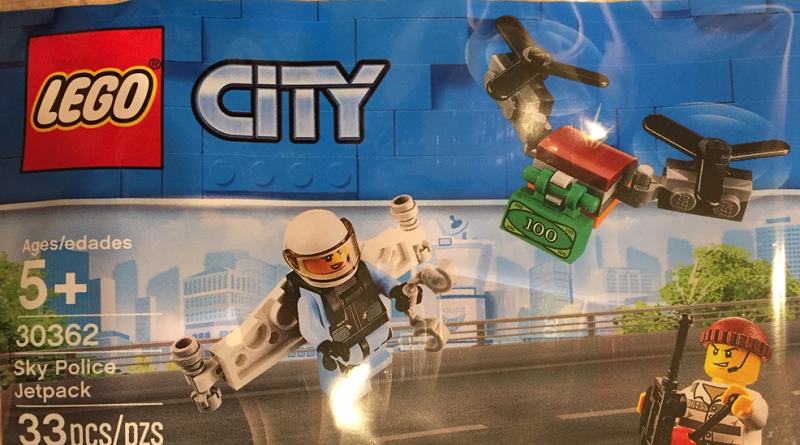 With new The LEGO Movie 2: The Second Part polybags turning up thick and fast, now a new LEGO City polybag has been revealed. Brickset shares a look at 30362 Sky Police Jetpack, which ties into the recently launched LEGO City sets for 2019.

Throughout the new LEGO City sets that make up the 2019 launch range, in particular the Police subtheme, drones and high-tech gadgets are featured. The sets have been released early at shop.LEGO.com. This little polybag continues that trend, including a Police Officer with jetpack and a criminal who is using a drone to steal money. It comprises of 33 pieces. 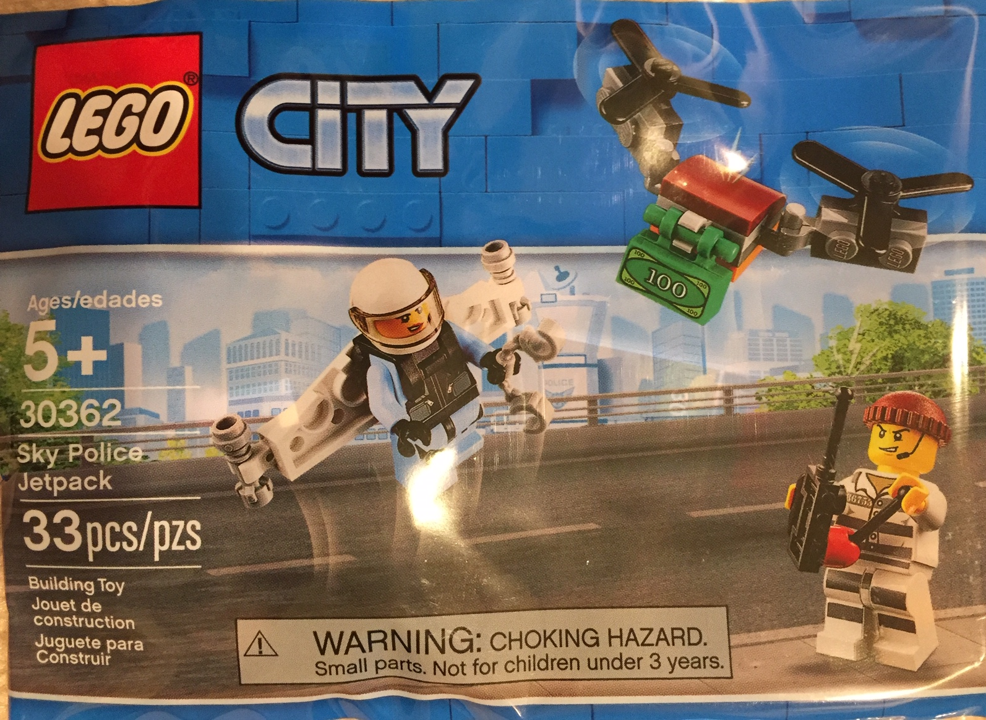 This polybag may show up to buy, which is especially true in the US where such sets are sold at chains such as Wal*Mart and Target. In the UK it is more likely to show up as part of a promotion at some point.