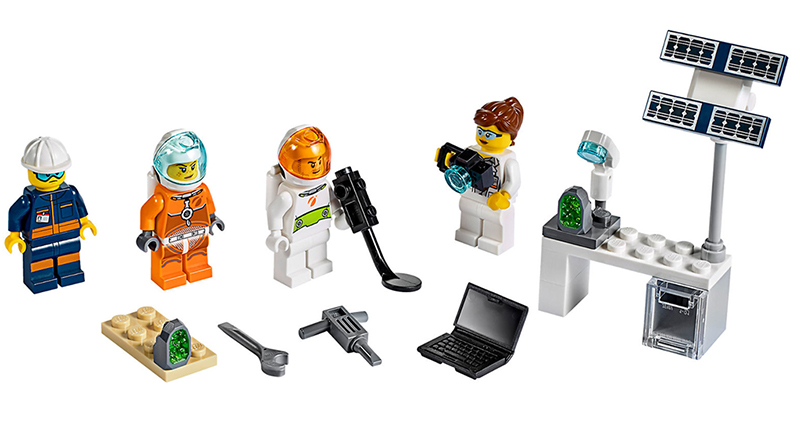 Yet another minifigure blister pack has been revealed, with images of 40345 Mars Exploration Minifigure Pack now available.

LEGO City is going to have a Space theme when the new sets launch this summer and a new set of minifigures will be released to support the range. 40345 Mars Exploration Minifigure Pack includes two astronauts, a scientist and an engineer along with a few bricks to build a little desk, as is revealed in these images shared by the Brick Fan.

As well as the expected mix of shuttles and rovers in the subtheme, there are also a couple of bases – one in space, in 60227 Moon Base, and one on the ground, in 60228 Space Research Rocket Control Center. 60230 People Pack – Space Research and Development will provide plenty of science inspired minifigures for those looking to populate their Space themed builds.

LEGO Marvel Spider-Man 40343 Minifigure Pack was revealed today too, with that set including Spider-Man, Maria Hill and Ned Leeds – all characters from the upcoming film Spider-Man: Far From Home. LEGO NINJAGO 40342 Minifigure Pack has a new minifigure pack coming too. Another of the packs will be LEGO City 40344 Minifigure Pack, which includes four minifigures enjoying some well earned rest and relaxation by the sea.