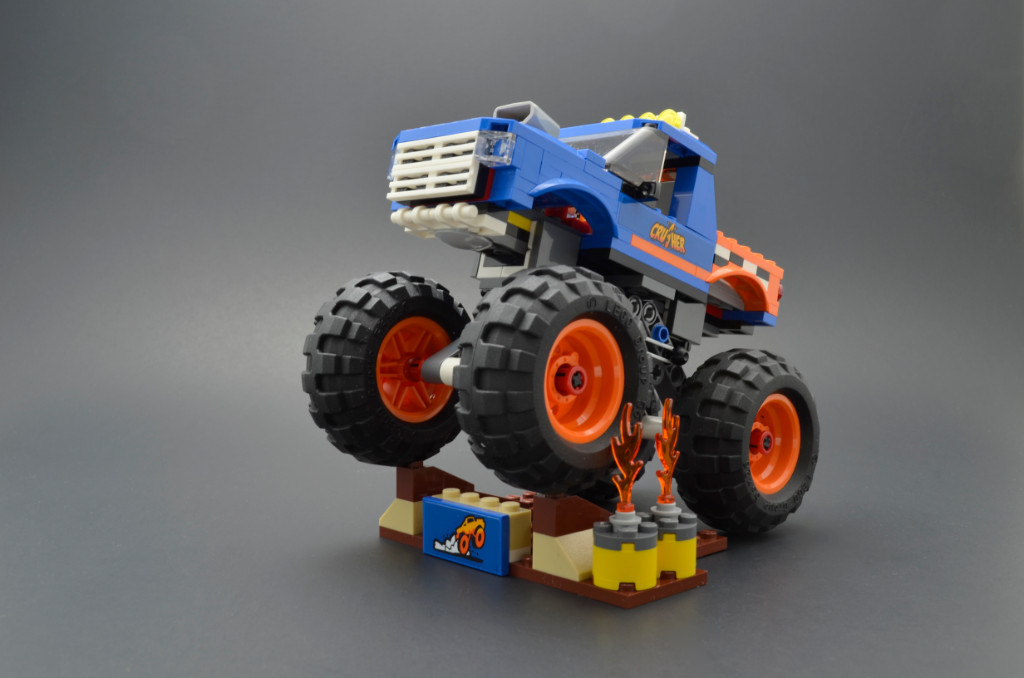 LEGO City residents need some recreation, but does 60180 Monster Truck provide it?

The City theme is hardly treading new ground with this year’s 60180 Monster Truck – this is a vehicle that has seen many iterations over the years. Is this set worth a second look, or is it just more of the same?

At first glance, one could be forgiven for assuming this is just another monster truck. There are some interesting things going on in this build, though. First, the overall design of the body is very square. This may be off-putting to some, but for me it harkens back to the early days of monster trucks, and those early square body trucks built and driven by guys like Bob Chandler and Gary Porter. Even the moniker on the truck, “Crusher”, is suspiciously similar both in name and the design to Carolina Crusher, a real monster truck that debuted back in 1985. 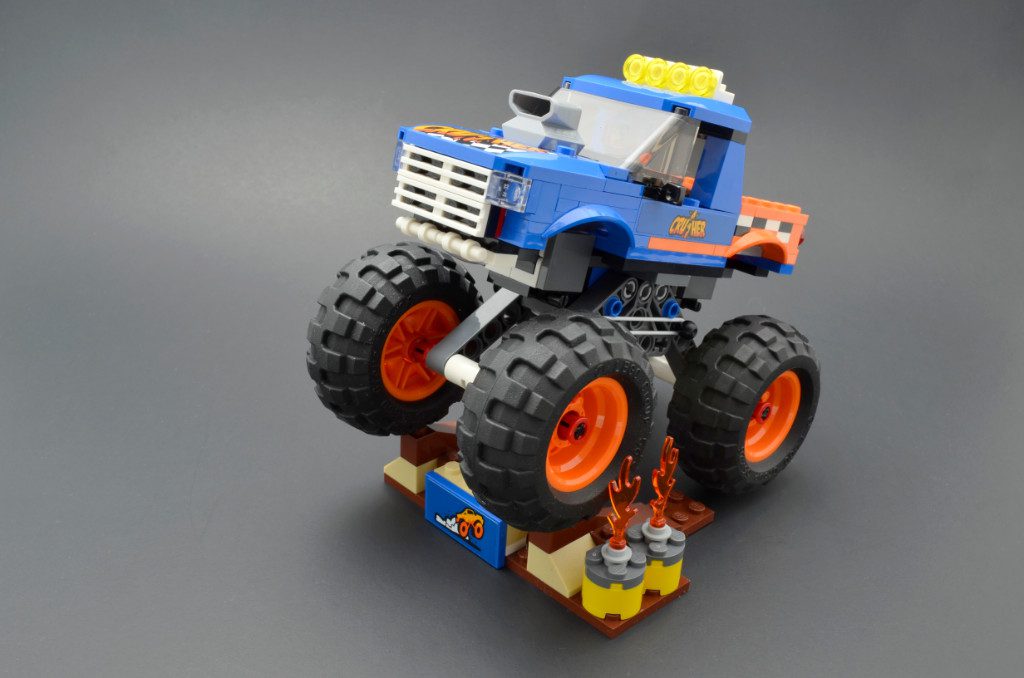 The colour choices here are also really nice. While the set has stickers, it also sports brick built chequered flag designs at either side of the bed. This is very welcome detail. While text at a small scale isn’t feasible, and therefore best represented with stickers (or ideally printed parts), any time designers incorporate a brick built solution to colour detail it adds a lot to both the final look as well as the build experience.

60180 Monster Truck also features a build technique that is seeing a lot of use across a number of this year’s sets. Upward and downward facing brackets are combined with tiles adjoining them to hold the whole chassis together, making for an impressively sturdy build. This is definitely designed to be played with.   To that end, the designers have also included working suspension. This is the standard rubber band style suspension seen in other sets such as 70589 Rock Roader. It has a decent amount of travel, but suffers from lateral compression, as opposed to the vertical compression seen on real world monster trucks. While this is an understandable substitution, the overall effect is still hampered by the left and right wheels being tied together. Independent four wheel suspension would have added a lot to both the realism and playability of the build.

There’s one last quibble with the build. As cool as the wheels are, they are too narrow. Older City designs featured trucks with wider wheels, which are more accurate. Still, overall this set is fun, if lacking in some accuracy, and kids are likely to love this. Adult builders who purchase this set will have a great starting point for modifications. At £14.99 ($19.99), the set feels a little pricey, particularly given the rather anemic terrain included. It’s easy enough to find this set at a discount, and for fans of the sport, 60180 is worth a look.

60180 Monster Truck is available now at shop.LEGO.com. You can help support Brick Fanatics’ work by using our affiliate links.