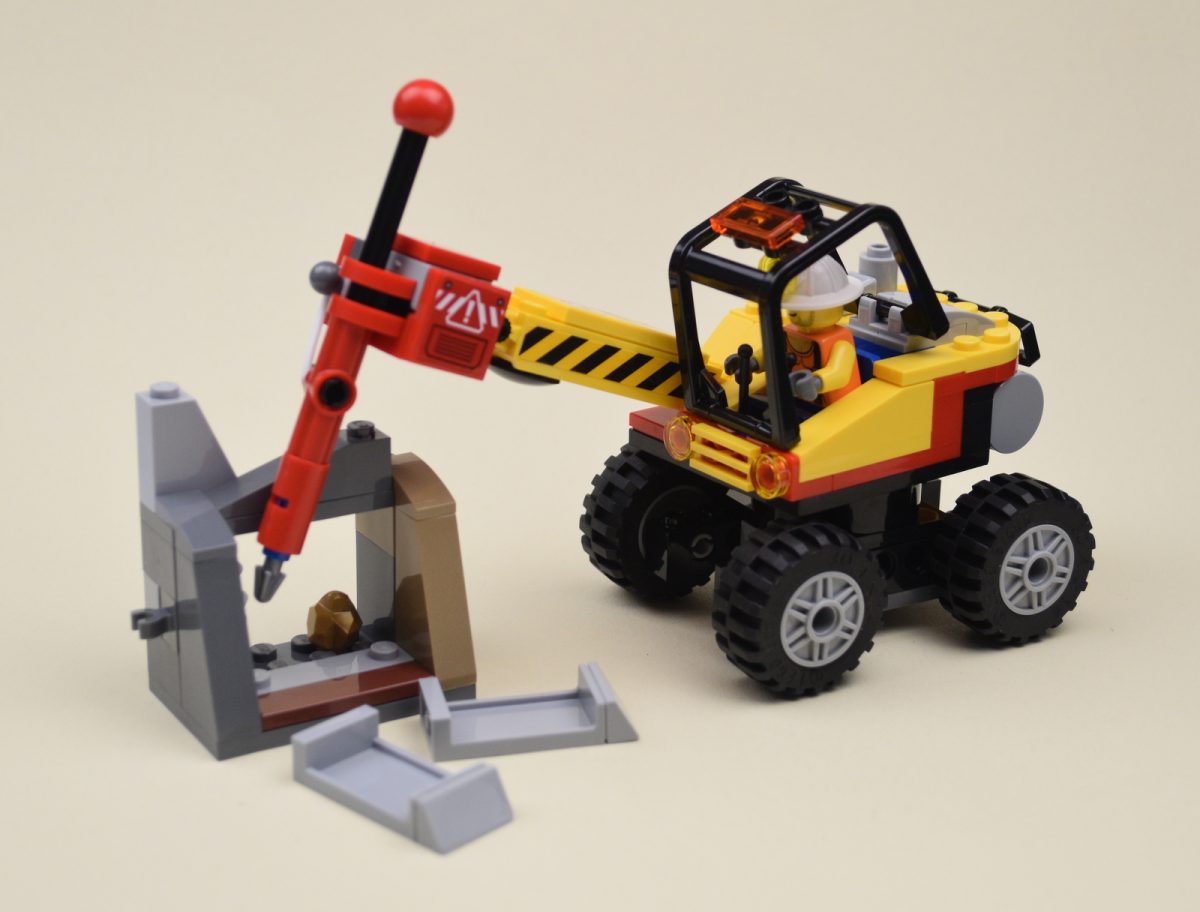 60185 Mining Power Splitter is one of the lower priced sets in the new LEGO City Mining range, but does it offer value for money?

60185 Mining Power Splitter is the second least expensive of the four City Mining sets, coming in at a “pocket money” price of £12.99 (10.2p per piece). It comprises of a rock splitter vehicle with its minifigure operator and a rock feature to split, which contains some hidden treasure. 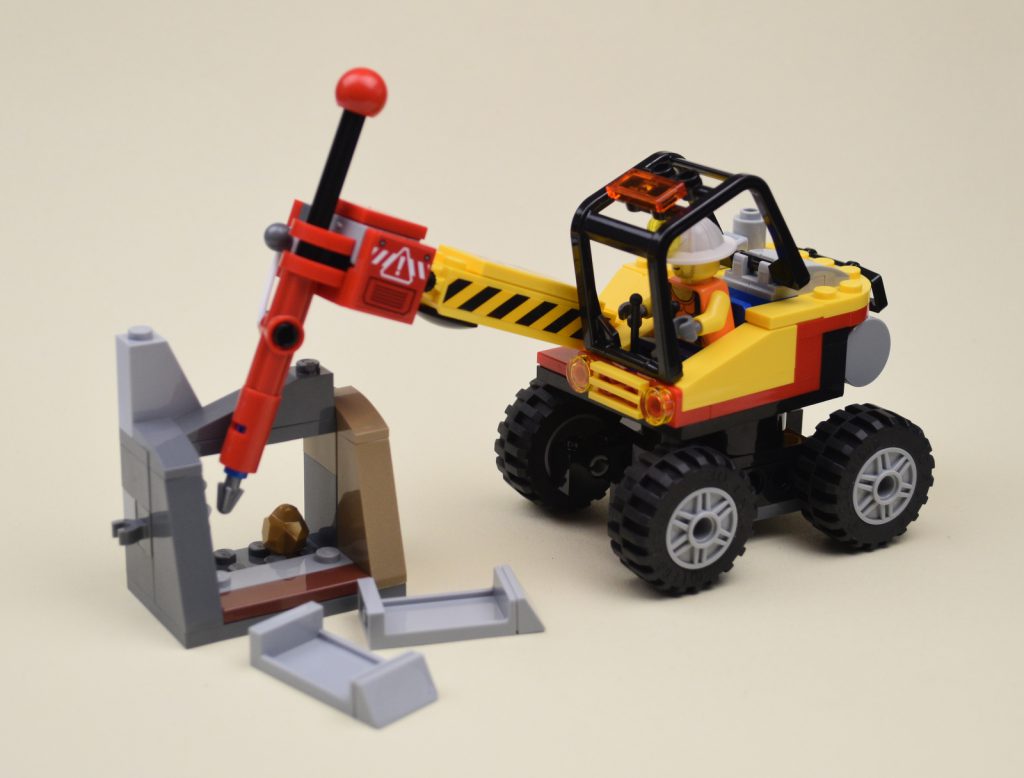 The rock splitter itself is a relatively quick and easy build, so great for the younger LEGO fan. Containing only five stickers, there should not be too many problems or frustrations when applying them. One of the great features of 60185 Mining Power Splitter is its “working” jackhammer, which is operated by a rubber band that returns the hammer to its original position after release. The shaft has a sharp point at the end so works as a jackhammer would in real life – the plates used allow the hammer to be angled in many ways and the cab rotates at 360 degrees, so the rock splitter’s capabilities are endless. 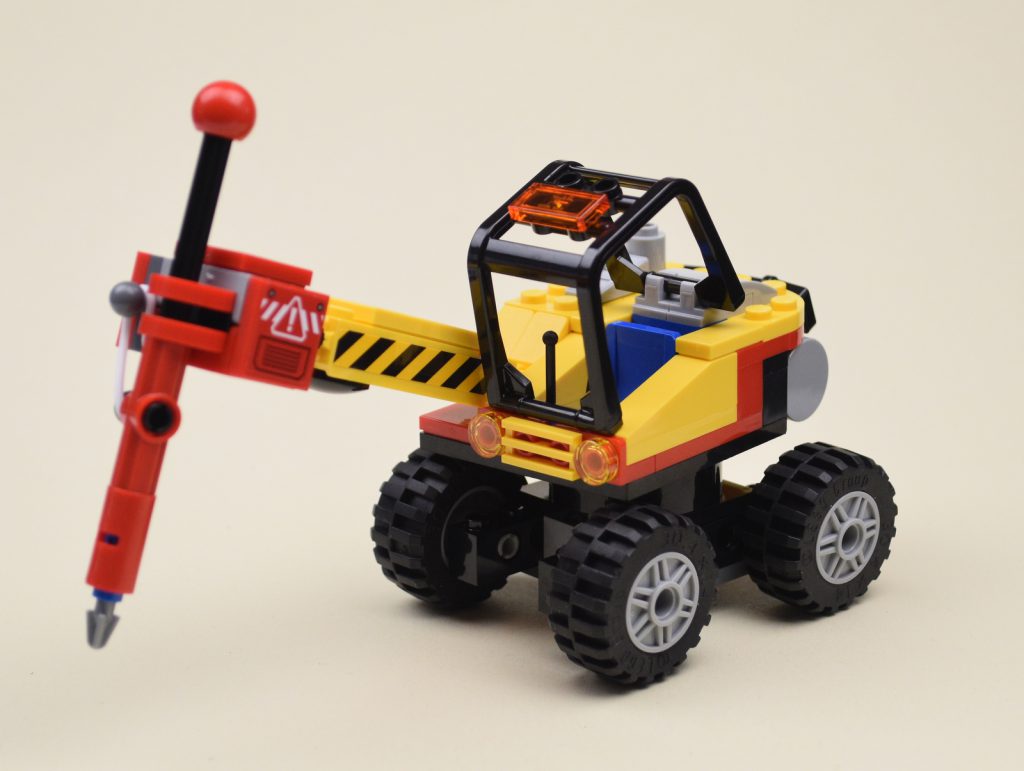 The minifigure is a simple mine worker who has appeared once elsewhere, on the cover of LEGO City magazine Issue 6.

The other part to this set is the rock area, which uses two large stickers. It’s a great little play element to the set, once the splitter is positioned correctly and the jack hammer released, the rock splits to reveal a golden nugget and glow in the dark spider. I think the LEGO Group may have changed the glow formula as the newer items seem to glow longer and brighter, which is a great improvement on past released. 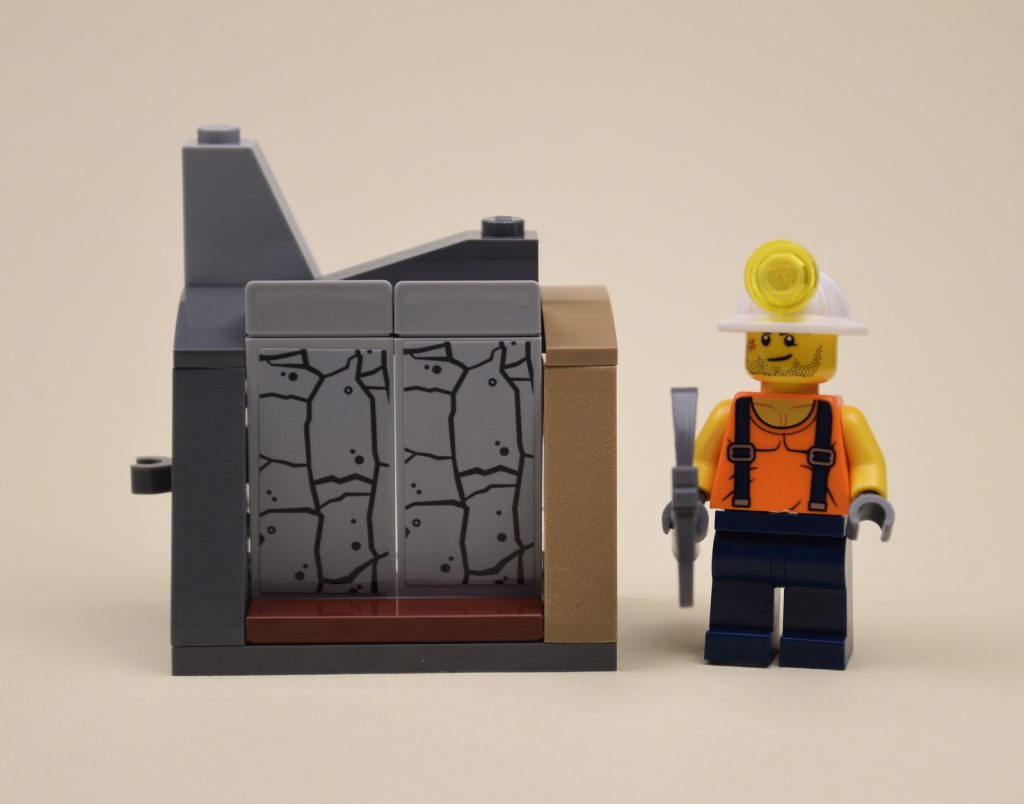 I enjoyed building this set and can see the positive play factors in it. It is a small, quick and easy to build set, that while most appealing to the younger LEGO fan, would not be a bad way for an AFOL to spen ten minutes or so either. 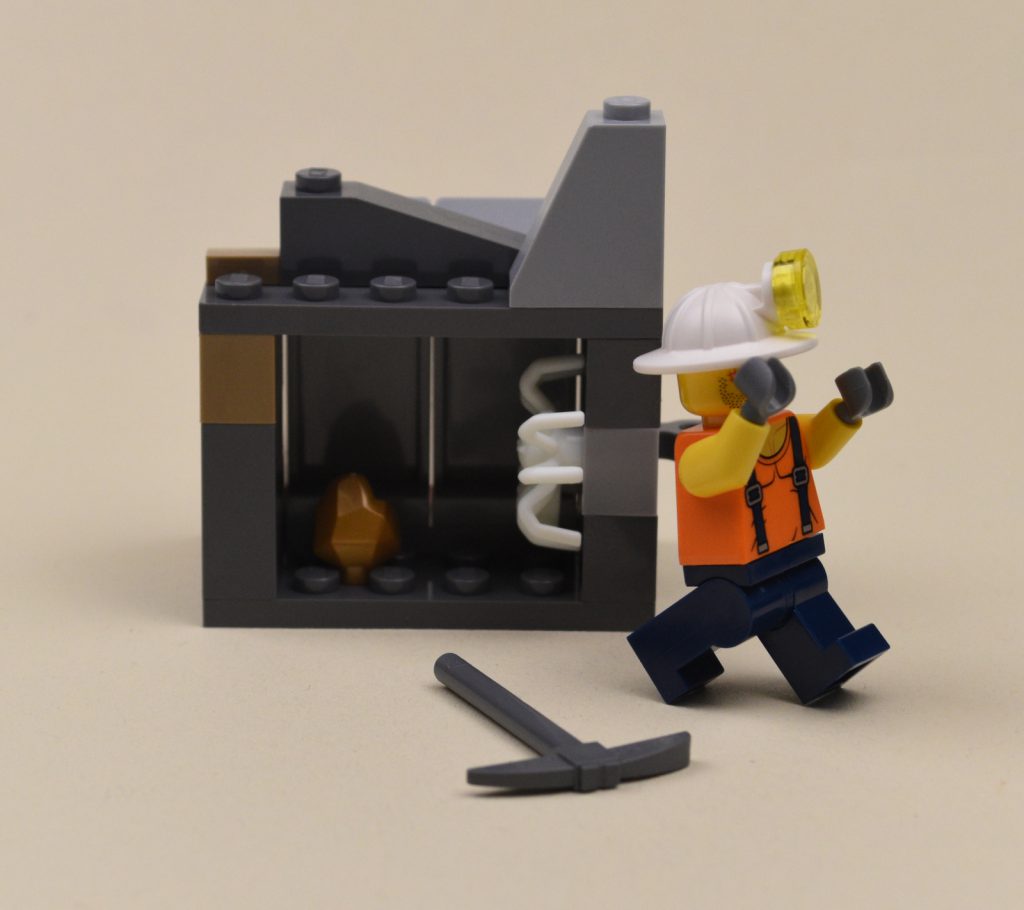