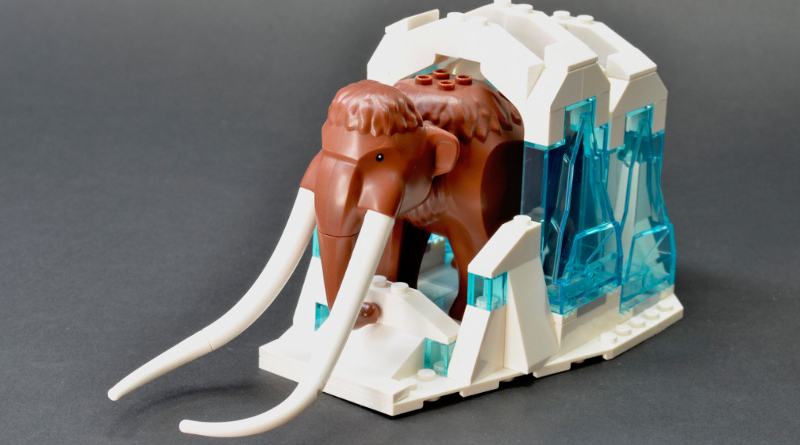 Is 60195 Arctic Mobile Exploration Base a mammoth sized success for the LEGO City theme?

The largest of the LEGO City Arctic sets for 2018, 60195 Arctic Mobile Exploration Base will likely draw a lot of attention from fans. The collection of interconnected vehicles is a great draw, and there is an appealing prehistoric beast in there too – but is the set as a whole worth the sum of its parts? 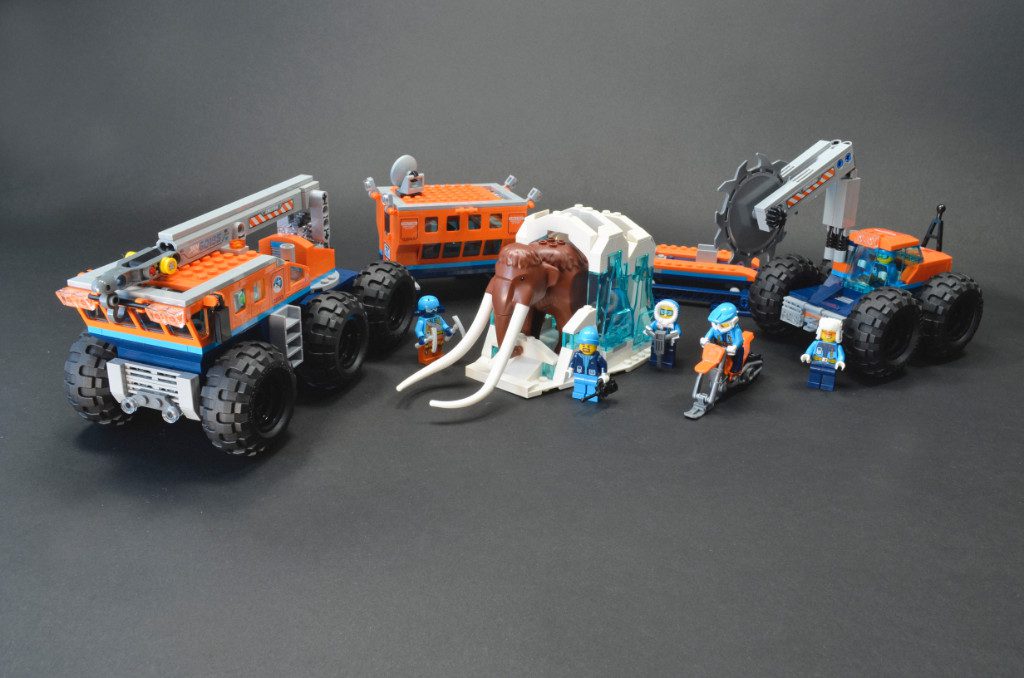 On the surface there is a lot to like, especially for kids. The theme has a great color scheme, and there is a lot of playability here in the form of multiple vehicles, as well as the story element of extracting prehistoric animals from the ice. The crane vehicle and the lab have some nice interiors, and big chunky wheels are always a hit. There is even an excellent new snow bike chassis that combines with the traditional dirt bike fairing. This little addition is indeed a lot of fun and the modified connection points offer up some interesting new options for custom builds.

Casting a builder’s eye on 60195 Arctic Mobile Exploration Base reveals some troubling issues – most notably a glut of large and purpose molded elements. There’s a large number of window frames, crane arms, skis, as well as the trans blue BURPs (big ugly rock pieces) used for the bulk of the ice. This is a problem seen across the entire City theme for this year, which is a bit troubling. It calls back to the mid-to-late 1990s when sets were much like the Junior sets of today. Lots of large pieces that take up space, but offer few options when building anything but the intended model. Hopefully this is just a slight misstep, and not a sign of things to come.

I suppose now it is time to address the hairy elephant in the room. The wooly mammoth element will likely be something many fans will find enticing. Seeing it in person however, the mammoth is just “okay”. The mold is nice enough and it is certainly substantial in size. The main issue with it though is that save for the eyes, there is no printing on it, which really seems like ill-advised cost cutting. The mold has tufts of fur on the mammoth’s head and back – which if they differed in colour to the rest of the body would really elevate this element to something special. By way of comparison, the saber tooth tiger from 60193 Arctic Air Transport is much more impressive and available at a much lower price point.

One of the best features of the set is its healthy collection of minifigures. The graphic design team at the LEGO Group has done a wonderful job of creating a distinct cast of characters. There are four unique torso prints, and each minifigure has a unique face. My favourite of the bunch is one which appears to be a climber, featuring a wholly different outfit to the rest, and has a head printed with a dark blue balaclava and goggles. The headgear amongst the minifigures is varied as well. It would be nice to see this kind of variety added to other City and Creator sets as a means of creating more individual characters with which to populate builds.

All things considered, it is difficult to recommend this set at full price. There are definitely some bright spots, but with such a lack of useful parts, the set doesn’t offer much for builders. Even though children will likely enjoy this set, it’s at a pretty high price point. If you cannot find one on deep discount, I would suggest taking a look at some of the smaller sets in the theme.

60195 Arctic Mobile Exploration Base is available now at shop.lego.com. You can help support Brick Fanatics’ work by using our affiliate links.