LEGO City 60196 Arctic Supply Aircraft has been revealed in a new official image.

After a day of LEGO DC Super Heroes, NINJAGO, Friends and Creator reveals, comes a new [geot exclude_country=”United States”]LEGO City[/geot][geot country=”United States”]LEGO City[/geot] set – 60196 Arctic Supply Aircraft. Brickset shares this official boxed image of the new set, that will be part of the Arctic subtheme launching on June 1. The box contains pieces to build the orange jet and excavation machine, as well as a small snow ski.

What will be most appealing to fans about these new Arctic sets is the inclusion of prehistoric creatures. Other sets are expected to include Woolly Mammoths, this one comes with a sabre toothed tiger. The idea behind the subtheme is that the minifigures are excavating the frozen beasts. 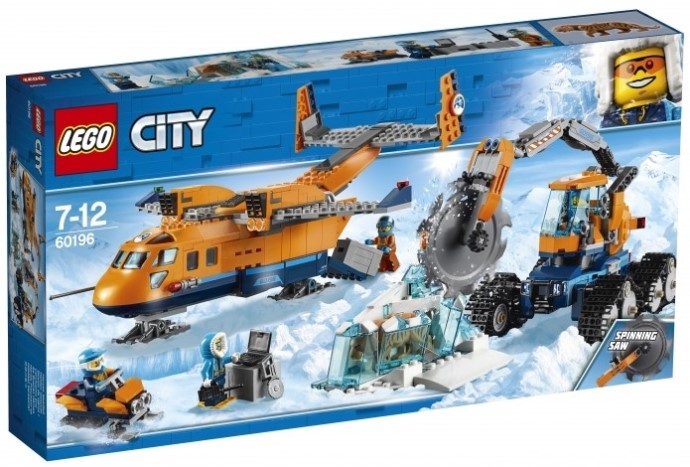