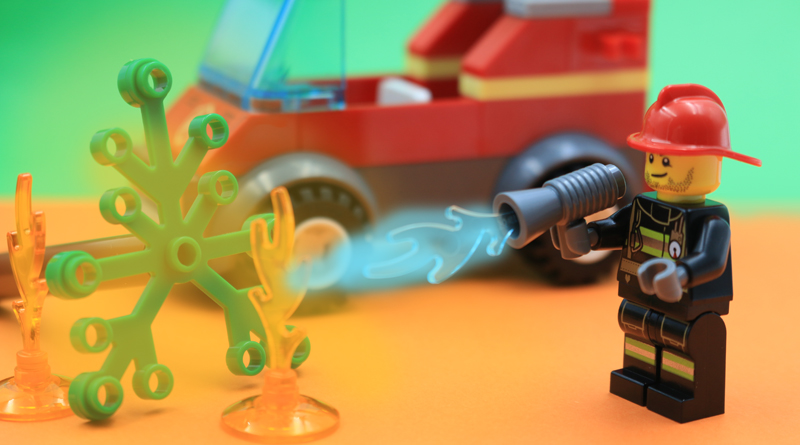 LEGO City 60212 Barbecue Burn Out is too small to set the world on fire – but can it fan the flames of fan interest?

Barbecues are usually associated with summer holidays and lovely hot weather, unless you’re in the UK, in which case it is a battle to cook some burgers whilst holding an umbrella. Apparently in 60212 Barbecue Burn Out, even hot dogs are a fire hazard – with the cooking having gone so wrong it requires the help of the fire brigade. 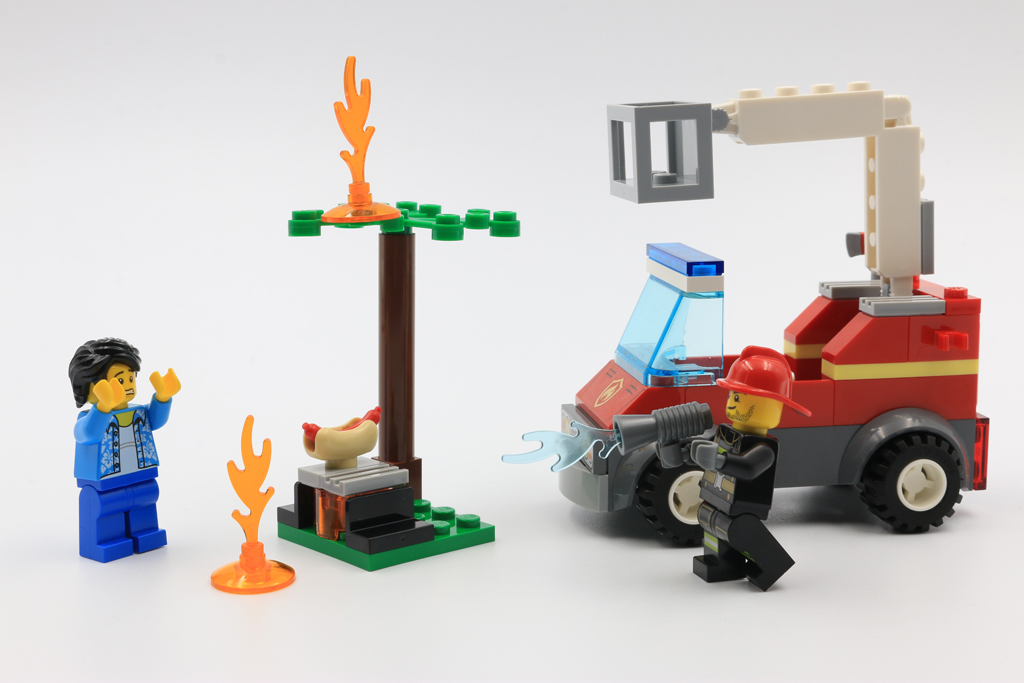 To free-up the piece count and make the build as easy as possible, no chassis has to be made for the fire-engine, which instead uses a new-for-2019 wagon bottom. Unfortunately the truck looks rather unfinished, and with no roof it is more susceptible to breaking than other 4+ models. Although some printed elements add to the realism of the vehicle it really needed some more fire fighting accessories to encourage role-play.

The main emphasis of the fire-engine is its crane, which can be levered up or down as it is hinged. By including simple mechanisms in the 4+ theme it is a way for the LEGO Group to prepare young fans for the more complex ones incorporated in bigger sets.

Having flames to tackle is the whole purpose of a fire-engine, but even so, a burning barbecue does seem a little far-fetched. As an ancillary model it is quite dull – the grill is extremely simple and a tree with only one bough looks ridiculous.

Both minifigures are generic City folk, and it is a bit of a shame they are both guys.

60212 Barbecue Burn Out is a strange idea that has led to a mediocre set. There’s nothing wrong with the model but it doesn’t ignite the imagination – perhaps one to grab if you fancy a quick, cheap build.

60212 Barbecue Burn Out is available now at shop.lego.com. You can help support Brick Fanatics’ work by using our affiliate links. 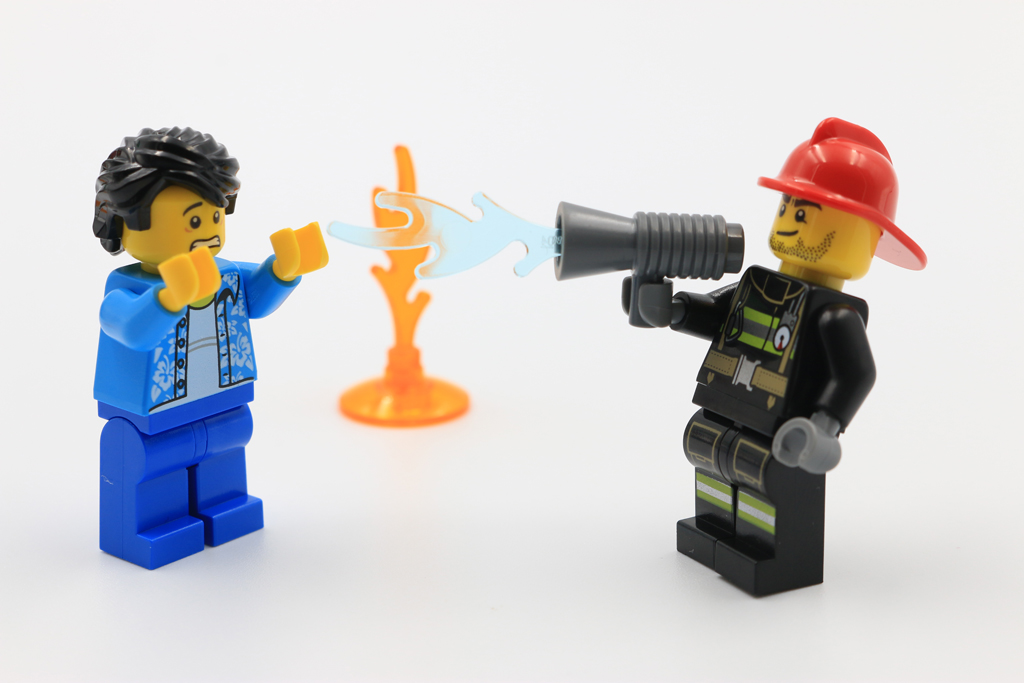