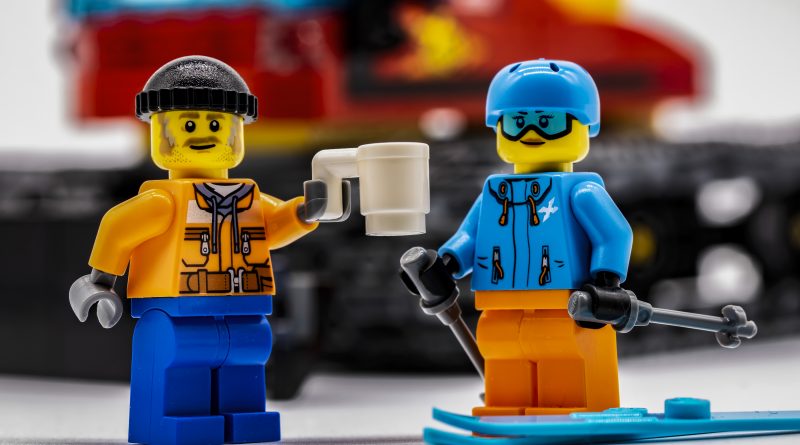 60222 Snow Groomer offers something very different in the LEGO City theme, bringing a bright red snow groomer with movable plow blade, large Technic tracks and rotating snow canon to the line-up. Will it plough straight through to a recommendation or get stopped in its tracks? 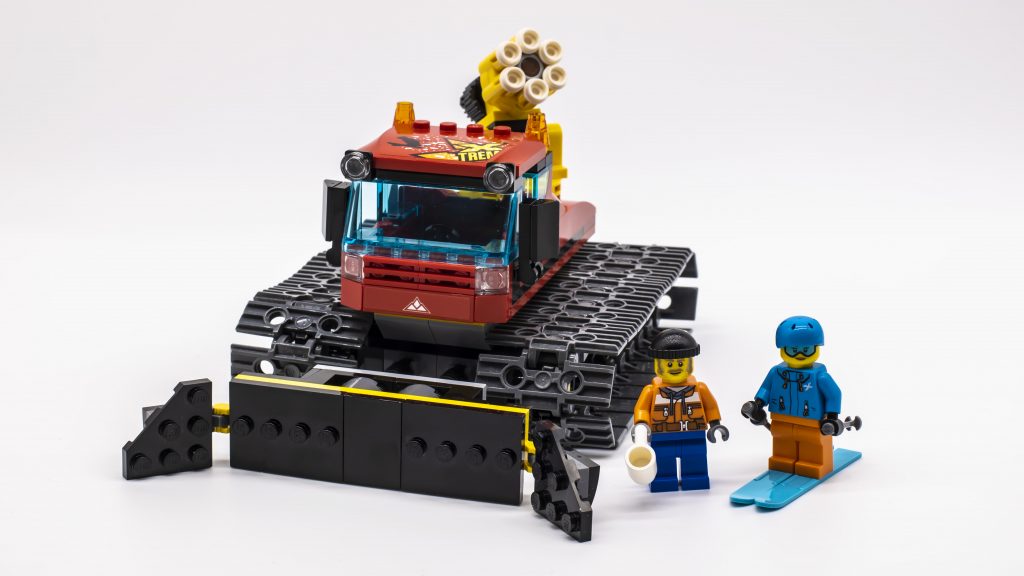 For those who aren’t sure what a Snow Groomer actually is, it is a large vehicle, similar to a snow plow, which is used to maintain ski slopes and other winter sports trails. When compared to its real life counterpart, 60222 Snow Groomer actually looks very impressive with both the proportions and shaping pretty accurate.

The build is split into two halves. The first, the frame work for the large tracks, feels like a simplified Technic build, whereas the cabin uses more traditional system techniques. Combining these two styles keeps the experience fresh and fun to assemble.

The framework comes together quickly and would serve as a fantastic introduction for any fans unfamiliar with the principals behind Technic building. A large wheel, cleverly concealed underneath the chassis, helps give the vehicle traction even when on the most rough of surfaces. Pushing the dark bluish grey tracks along feels robust, solid and incredibly satisfying.

The cabin looks great when finished and the ‘Xtreme’ stickers add nice detail to the overall design. In fact everything about the finished design is brilliant with the only negative aspect being the plow at the front, which just feels a little too gappy – but it’s a minor niggle and at least it has some vertical movement.

The included play feature, a yellow six barrel stud shooter that acts as a snow blaster, is not particularly accurate to a real life snow groomer but it’s a nice addition that just adds play value to the set and can be removed.

The two included minifigures both suit the set well. The facial printing on the Groomer’s operator’s has been seen before, most notably in the 21310 Old Fishing Store, but it is a wonderful look and his torso is actually pretty detailed for a set of this size and cost.

This set that has the potential to take fans by surprise. Not many people would put a snow groomer at the top of their City theme wish list, but this is not only great value for money,  it is also an enjoyable build with fun play features and, best of all, the finished design looks marvelous.

60222 Snow Groomer is available now at shop.lego.com. You can help support Brick Fanatics’ work by using our affiliate links. 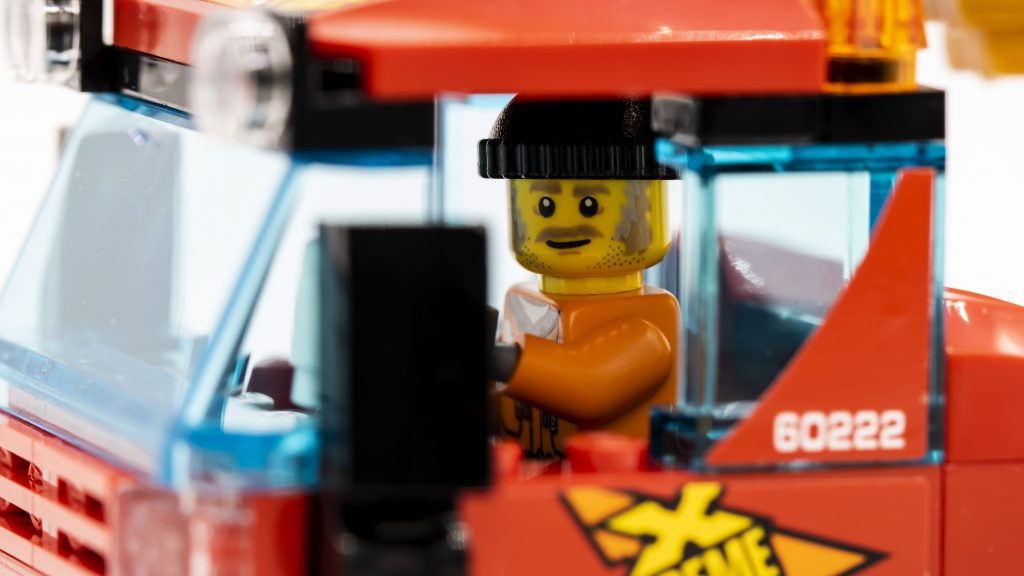