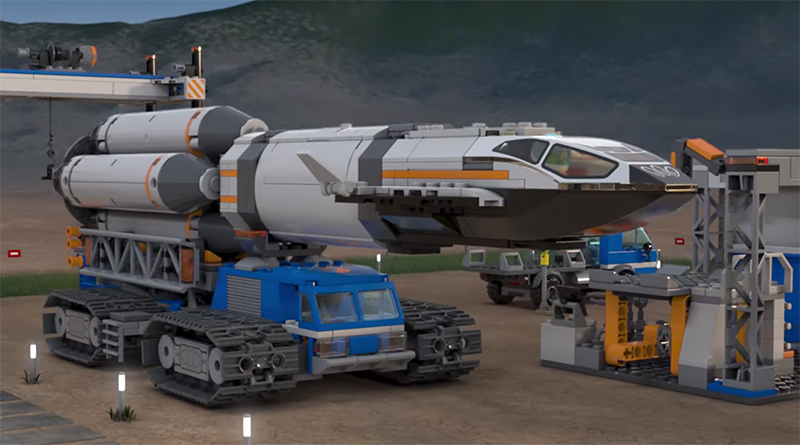 A fun animated video reveals the functions – and fun – to be found in LEGO City 60229 Rocket Assembly & Transport.

Two weeks ago, the new LEGO City sets launched at shop.LEGO.com im the UK, with the US release to follow soon. One of the key sets in the new Space theme – that has seen the LEGO design team collaborate with NASA – is 60229 Rocket Assembly & Transport. The inspiration for these new models is the Mars mission that NASA is undertaking, with a goal to send humans to the Moon from where they can go on to explore the red planet.

The animated clip reveals all of the builds and minifigures that are found in the box, demonstrating what they do and how they match up with real-life space exploration.

A further six sets are available in the subtheme: