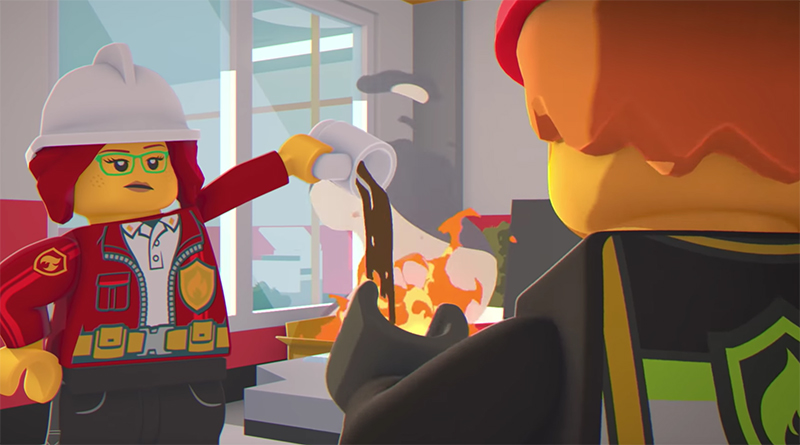 The air date fir the all-new animated series, LEGO City Adventures, has been announced while a trailer for the series has been released too. On June 22 at 11.30am (ET/PT), the first of 10 episodes will air on Nickelodeon’s Cartoon Network.

LEGO City Adventures will see the lives of minifigure residents intertwine as they seek to stop a criminal mastermind. The opening episode, “Cubs and Robbers”, will see a film promotional stunt go wrong – leading to a giant Cubby the Cop balloon cause chaos. “Billy the Bug” will see Fire Chief McLoud buy a Twirly Hat for a nephew that goes completely wrong.

“LEGO City is our strongest evergreen property globally, and for the first time we are leveraging episodic content to establish characters and personalities that bring the city to life,” said Jill Wilfert, Vice President, Licensing & Entertainment for LEGO Group. “We’re thrilled to partner with Nickelodeon for this important evolution of LEGO CITY given how well positioned they are to engage children and families with relevant programming.”

“The LEGO brand is known for creating imaginative and innovative content for kids, and we are excited to collaborate with the LEGO Group to bring the unique characters, style and humor of LEGO City Adventures to life on Nickelodeon,” said Layla Lewis, Senior Vice President of Global Acquisitions and Content Partnerships, Nickelodeon.