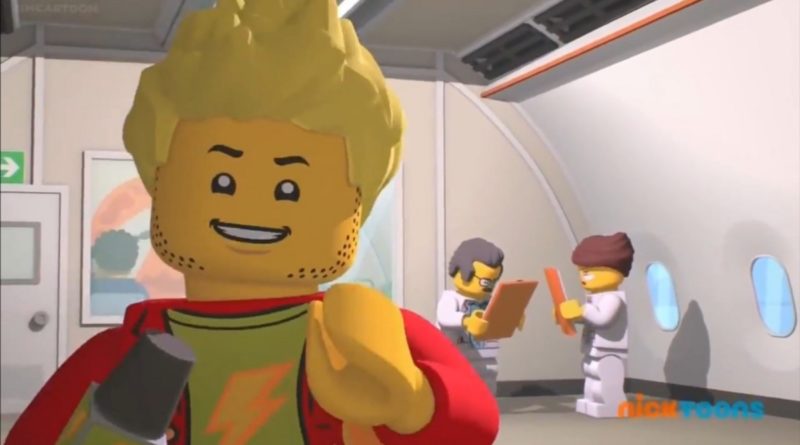 As reported earlier today, the upcoming LEGO CITY Go Extreme! book will include the first ever Dynamo Doug minifigure.

Included in AMEET’s 2022 publishing line-up is LEGO CITY Go Extreme!, a 32-page activity book that also includes the debut of a new and exclusive minifigure. The book features the first ever Dynamo Doug minifigure, based on the TV show host who first appeared in the animated LEGO CITY Adventures show earlier this year.

LEGO CITY Adventures has been airing on Nickelodeon since 2019, with two seasons having been broadcast and a third currently in development. The character of Dynamo Doug first appeared in the Season 1 episode, ‘Last Man Floating’, where he hosted an extreme sports event to see who would get to go on the CITY Mars mission.

LEGO CITY Go Extreme! with Dynamo Doug minifigure is due to be published by AMEET in Q1 2022.