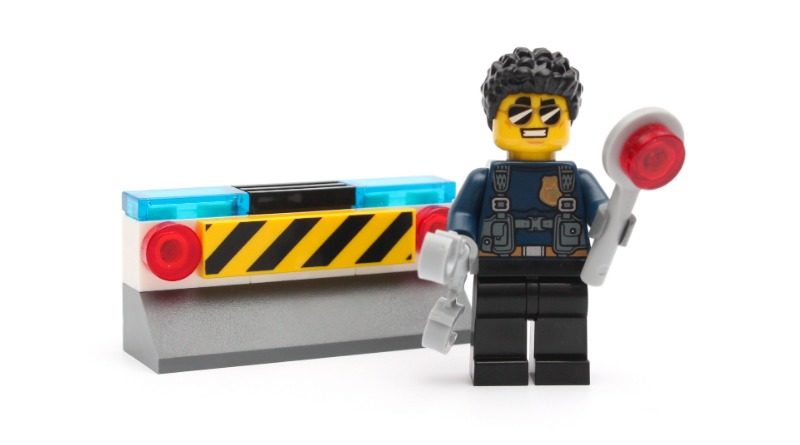 He’s not particularly rare, then, but you might appreciate the opportunity to bulk out your LEGO police station anyway. And he’s got a pretty decent double-sided head, both with and without sunglasses. (But both with some seriously bushy ‘brows.)

Our other free gift this issue was a firefighter, complete with what looks to be an Octan-themed oil drum on fire. Fortunately, he’s equipped with a trusty fire extinguisher to prevent anything going too badly wrong – which, if this is an oil drum, is very much on the cards.

The magazine bills the second freebie as an ‘extra toy’, so the foil bags will likely differ between copies.

Click here for more on Issue 33 of the LEGO CITY magazine. It’s available at all good stockists until December 8. Issue 34 then launches on December 9, and includes a free Deep Sea Diver minifigure.