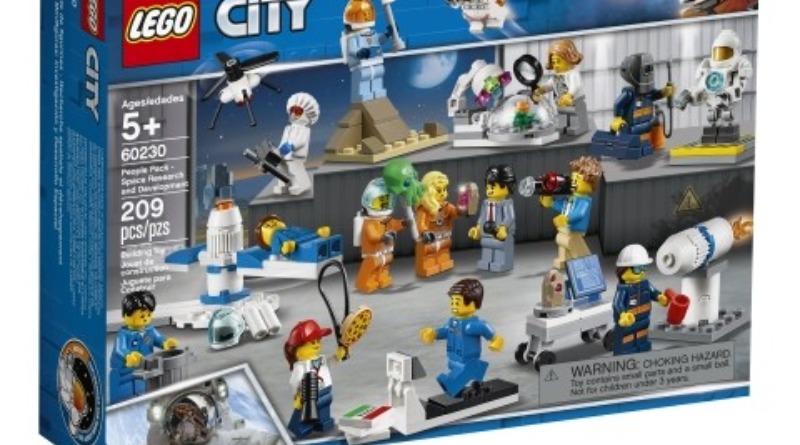 The first images of this summer’s spacefaring LEGO CITY sets have been revealed by a Dutch retailer. KelCha.nl has published pictures of the box art for the upcoming “Mars Exploration” wave, which consists of five regular sets and a people pack.

Despite a strong showing in The LEGO Movie 2, it doesn’t look like Classic Space is coming back any time soon. Indeed, 70841 Benny’s Space Squad is basically as close as we’re getting for now. Fortunately, these LEGO CITY sets look like they should scratch that particular itch, even if just a little.

As well as the expected mix of shuttles and rovers, there’s also a couple of bases among the five regular sets – one in space, in 60227 Moon Base, and one on the ground, in 60228 Space Research Rocket Control Center. That latter set also includes a generous helping of rollercoaster track parts, which the LEGO Group is definitely getting some use out of this year.

60230 People Pack – Space Research and Development is the biggest curveball from this reveal, with reports from Nuremberg Toy Fair in January suggesting this year’s pack would be fairground-themed. That said, 60234 City Dwellers could still come to pass, if the LEGO Group has bumped the popular minifigure packs up to two per year.

There’s no official word yet on when these new LEGO CITY sets will release, but it would be safe to expect them on June 1.