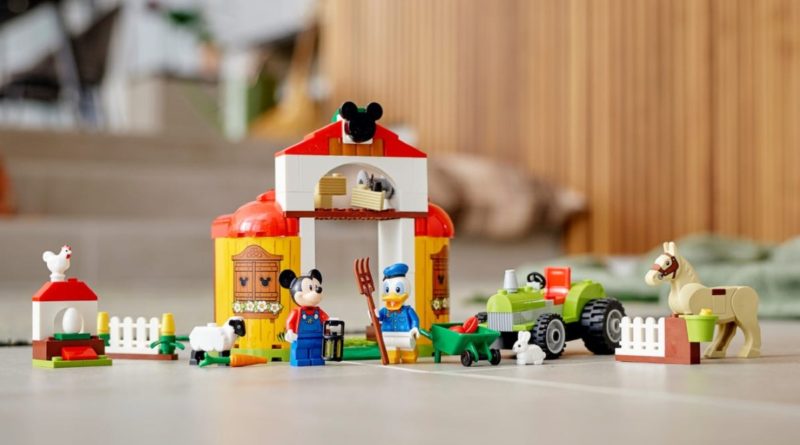 LEGO CITY is rumoured to return to farming later this summer and more potential details have surfaced, including the animals and a lack of goats.

StoneWars are reporting to have more information regarding the previously listed LEGO CITY summer 2022 farming models, with details on what animals might be included in the sets.

The largest rumoured build according to the source is 60345 Vegetable Delivery Truck at 310 pieces. The main creation in the set is mentioned as a van with an oversized, decorative carrot on top. A brick-built field is also believed to be included with a function to switch the crops from fully grown to just planted. Three minifigures are working the field and at least one white rabbit is said to be featured.

The source mentions that the rumoured 60344 Chicken Coop will include 101 bricks and just one minifigure. A small model of a coop with a weather vane made of a golden chicken as well as a quad bike is reported as featured. The animals in this build are listed as being three white chickens, possibly using a brick seen in 10292 The Friends Apartments.

According to the rumour, the trio is rounded out by 60346 Farm with Animals and six animals are said to be in the set. These include a cow, a calf, a pig, a piglet, a sheep and a lamb. To house them, a model of a greenhouse and barn are reported to be in the build as well as a tractor.

The infant versions of the animals might be new pieces but the adult iterations have all been featured in sets before such as the sheep in 10775 Mickey Mouse & Donald Duck’s Farm.

Note that none of the above information has been officially confirmed by the LEGO Group and should be treated with an appropriate amount of caution until they are announced as otherwise.

While a goat is missing from the three rumoured sets, all three are rumoured to be launching later this year in June, one month earlier than the initial listings suggested.