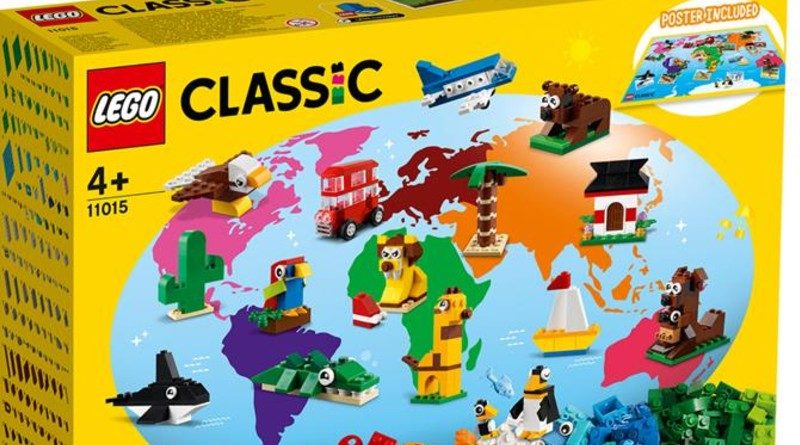 At least one more LEGO Classic set will be hitting shelves later this year as a Dutch retailer has revealed a globe-spanning kit of bricks.

The LEGO Group’s simple theme filled with large quantities of bricks has another model on the way in 11015 Around the World as revealed in a listing by Van der Muelen. The retailer has also unveiled several other upcoming models including some from Disney, Friends and Minecraft.

The listing has unveiled the first picture of the set, which seems to be wanting to inspire builders to create models based around real-world locations and animals. Unfortunately, the release date is unknown but a launch this summer seems likely.

The box art shows that a poster is included with the model that resembles the graphic used for the map of the world on the box, meaning builders may be able to scatter their creations across it.

As is the case with most LEGO Classic sets, example instructions are likely included for the models shown on the image, including a double-decker bus, parrot and temple. However, you’re encouraged to make your own creations with the large assortment of colourful pieces included.