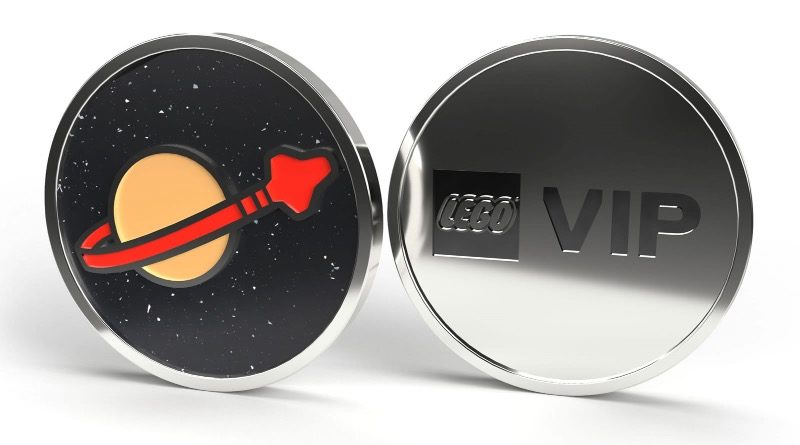 The Classic Space-themed LEGO VIP Collectible Coin is now available to redeem through the VIP Rewards Centre in the UK.

It’s the fourth of five coins released since January, and will likely sell out just as suddenly as it appeared at roughly 9.30am today, April 1. This is no April Fool’s joke, though – the eagerly-anticipated collectible genuinely is available as we type.

Head over to the VIP Rewards Centre if you don’t believe us – but also don’t blame us if it’s already been fully claimed by the time you get there, because we (unfortunately) have no control over the whims of the LEGO Group’s production lines.

We ardently wish there were coins for all, but the company clearly disagrees – resulting in the kind of wild mark-ups we’re still seeing for some of the collectibles on eBay, although others appear to have cooled off slightly over the past couple of weeks.

You can expect a Classic Space coin to prove very popular, though – particularly given it’s launching the same day as a brand new real-world space exploration set, 10283 NASA Space Shuttle Discovery – so we reckon this one will fetch a pretty penny on the aftermarket. (Or a lot of coin, if you prefer.)

While the coin is showing as available now in the UK, we’ve seen reports that it’s already been and gone in other regions, including several European countries. If it’s showing as ‘sold out’ in your local VIP Rewards Centre, you’ve probably missed your chance.

As with the previous three coins, you’ll need 1,150 spare VIP points to redeem the code for this reward. The fifth and final collectible – a supersized version of the classic minifigure-scale gold coin – will presumably appear in the VIP Rewards Centre in May for the same cost, so make sure you’ve got enough points shored up to complete the collection. 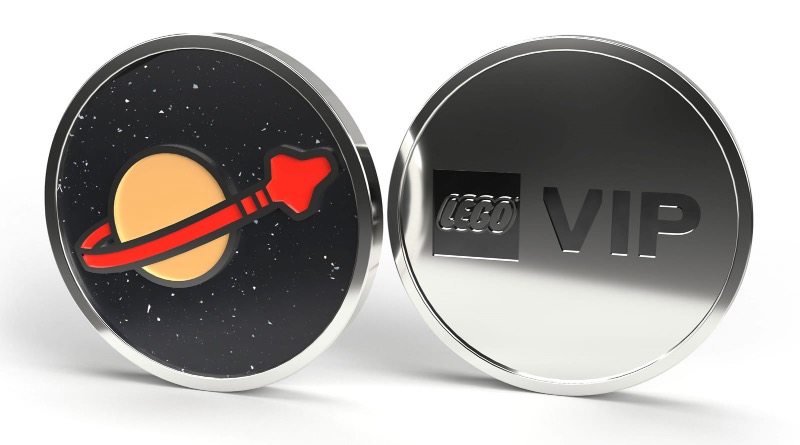