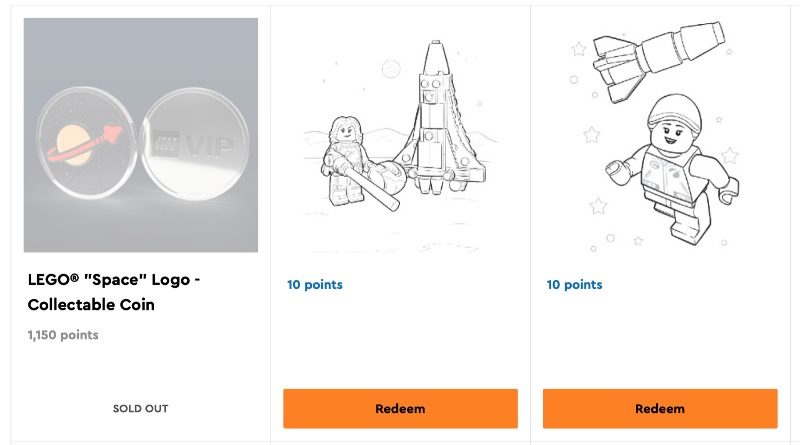 And just like that, the LEGO Classic Space VIP Collectible Coin has already sold out in the UK, less than 30 minutes after it first appeared.

If you had your finger on the button at the totally arbitrary time the LEGO Group decided to set the fourth Collectible Coin live through the VIP Rewards Centre, you’re hopefully feeling pretty pleased with yourself right about now – and with good reason.

Alas, the rest of us will now have to resort to the aftermarket to complete our collections. The previous three coins – themed around Castle, Pirates and Octan – also sold out pretty quickly, but demand for the Classic Space coin has absolutely obliterated the LEGO Group’s supply by comparison.

If there’s a glimmer of hope in this otherwise disastrous rollout, it’s that prices for the individual coins seem to have come down on eBay in the past few months, hitting roughly £20 instead of nearly £60. (The case that holds all five coins will still set you back a not-inconsiderable chunk of change, though.)

That was our hope, anyway, until we actually searched for the Space coin on eBay and realised it’s already selling for as much as £99. Sorry to be the bearer of bad news…