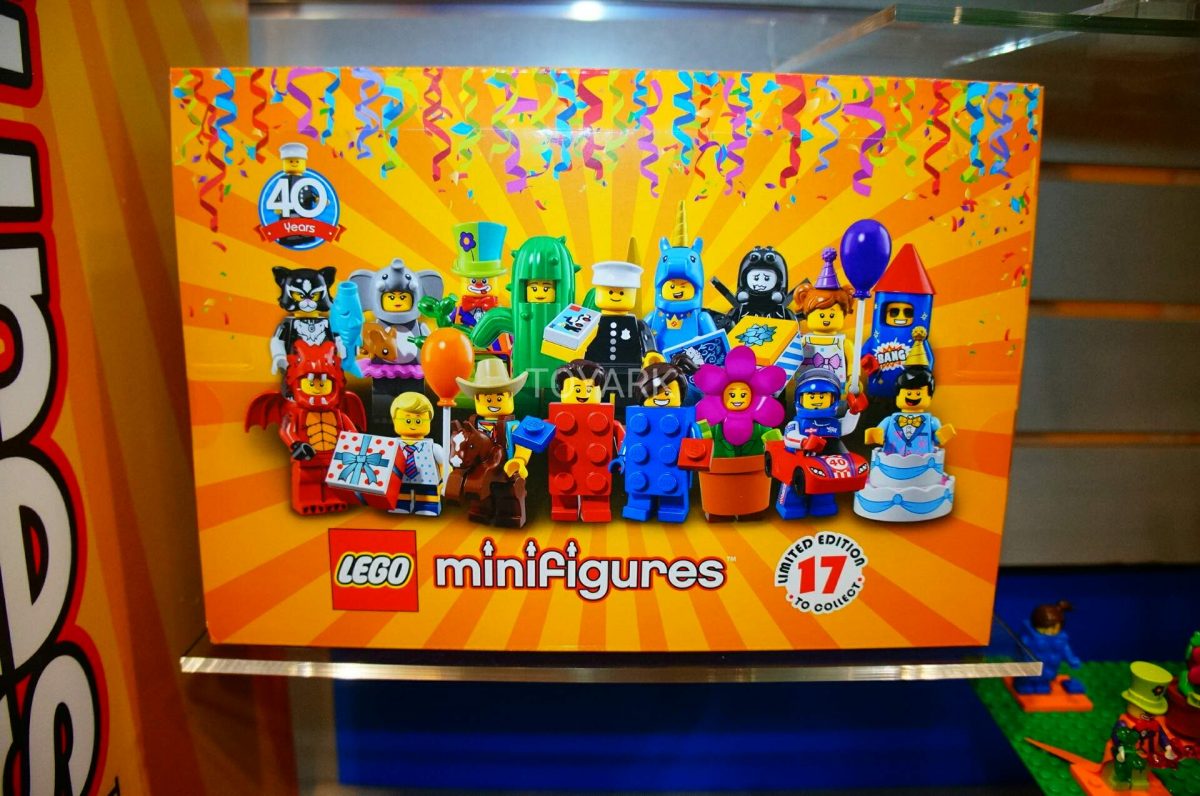 After a false start in January, the LEGO Group has now revealed LEGO Collectible Minifigures 71021 Series 18 at New York Toy Fair. The special series celebrated 40 years of the classic minifigure, with a special 17th character representing the classic Policeman, complete with retro LEGO set tile. The rest of the characters are in fancy dress or party outfits, ready to celebrate the significant anniversary for the little yellow fellows.

Here are images of the new series from Toy Ark:

LEGO Collectible Minifigures Series 18 is expected to launch in April. In the meantime, check out our series of vignettes featuring The LEGO Batman Movie Series 2 minifigures.