Sometimes no matter how silly you look, the fancy dress costume can be a real life saver.

Another great figure from this latest series, I can see many of these being used in MOCs as desert greenery. 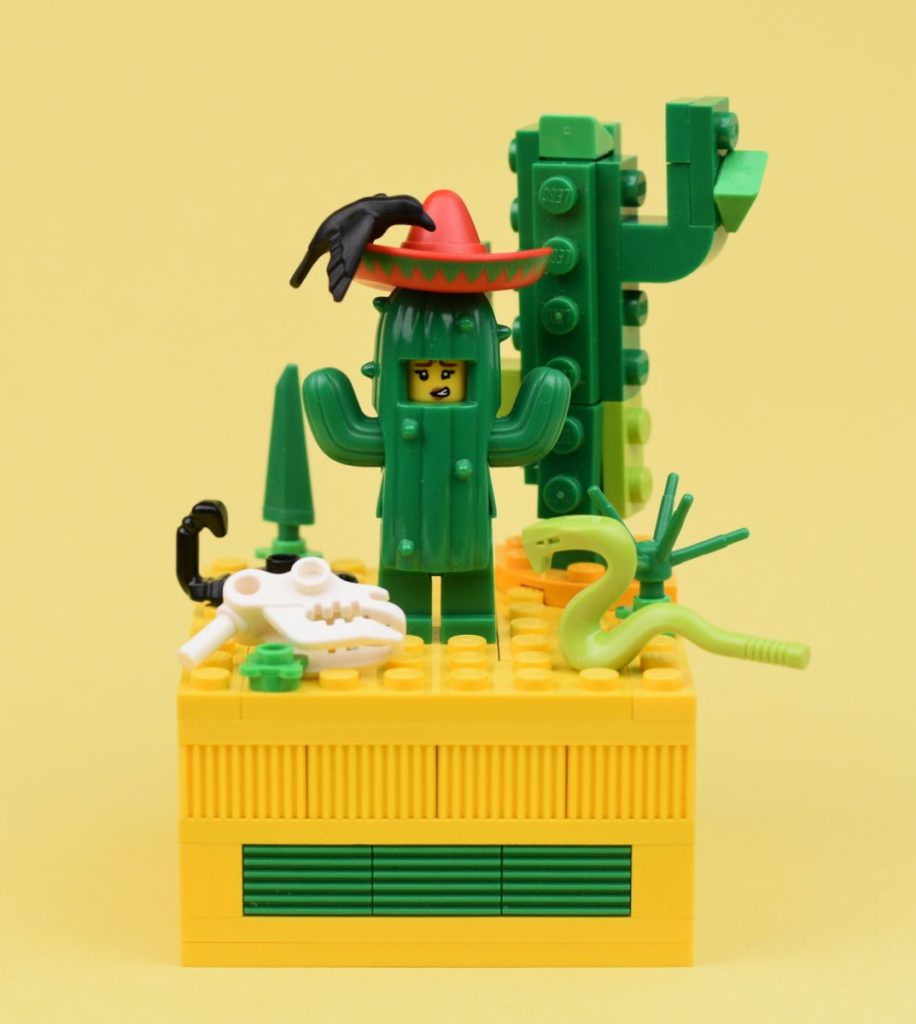