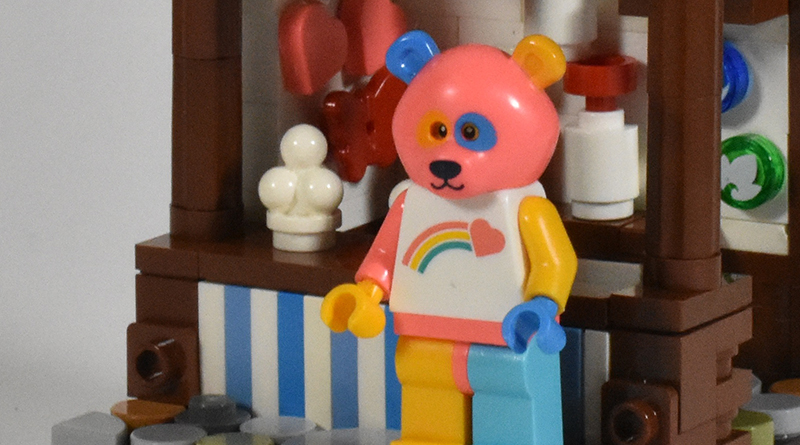 Brick Fanatics presents a new series of LEGO Collectible Minifigures vignettes for Series 19. Bear Costume Guy is ready to encourage his fellow minifigures to roll up for a game

There is nothing like opening up the blind bags of a LEGO Collectible Minifigures series and putting together the unique characters found within. Series 19 introduces an eclectic mix of designs, from a rainbow-coloured panda to an adventurer inspired by a retro minifigure. To make sure that each one is placed in an appropriate setting, Brick Fanatics has put together 16 vignettes, one for each of the minifigures in the series.

I had no idea what to do for this guy, and it felt a little bit like a repeat of when I did a build for Candy Rapper from The LEGO Movie 2. Between the colours and pure absurdity of the character I stalled out on this build a few times. I eventually settled on the carnival game after deciding I could have stuffed bears as prizes. I was going to do a dart game but did not think I had room and instead went with a ball throwing game instead. I think, in the end this was my favorite of the three builds I did from this series. 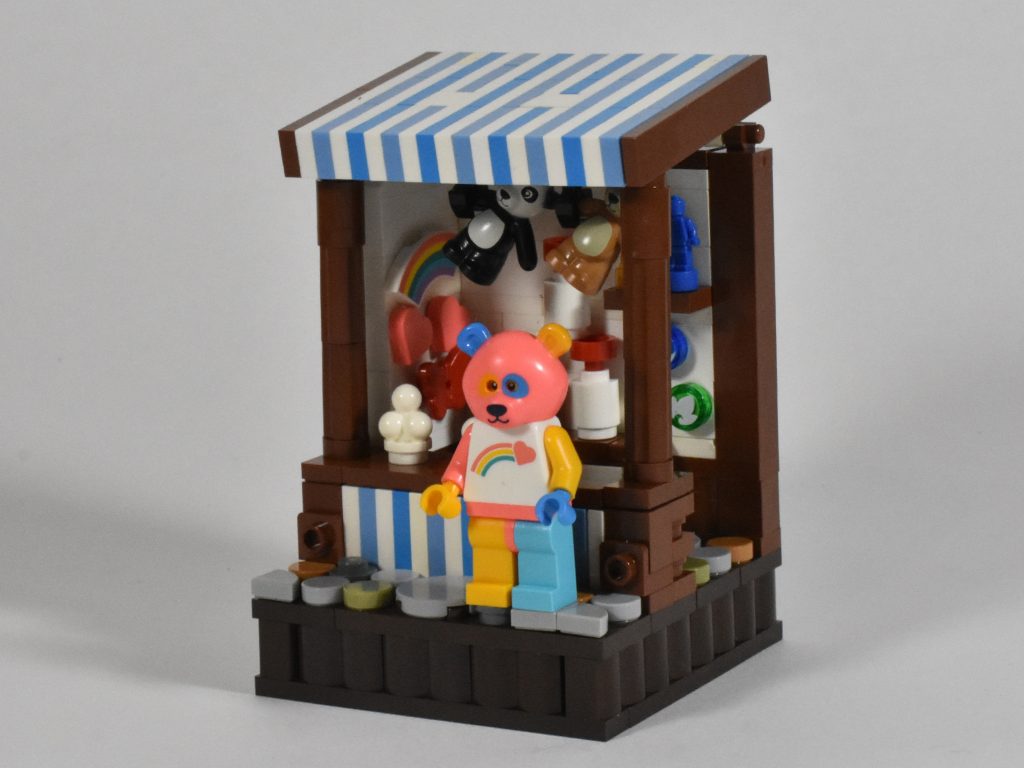 Check back each day for a new vignette inspired by LEGO Collectible Minifigures Series 19.