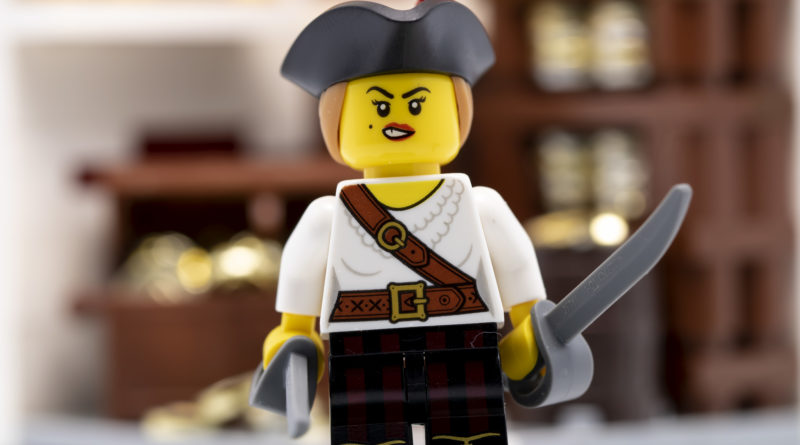 Brick Fanatics celebrates a decade of LEGO Collectible Minifigures with new vignettes for Series 20. Eldorado Fortress is being raided by Pirate Girl in this scene

With it’s healthy dose of nostalgia the newly released 21322 Pirates of Barracuda Bay was a smash hit amongst LEGO Pirate fans. That set takes inspiration from the much loved 6285 Black Seas Barrucuda set – for this vignette I turned to another classic for inspiration, 6276 Eldorado Fortress.

The colour scheme of white and dark red is intended to recreate the same look as the original fortress wall and the soldier minifigure guarding the treasure trove is from the original set too. The Pirate Girl minifigure is making her daring raid accompanied by a crew mate from the Barracuda Bay set, for a real mix of old and new.