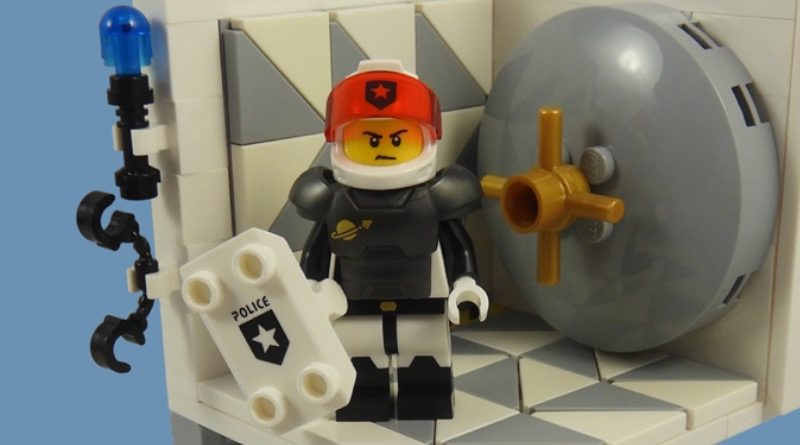 The Space Police Guy cracks down on interstellar crime in our final LEGO Collectible Minifigures 71029 Series 21 vignette, which we’ve paired with another in the series for a heist that’s out of this world.

The Collectible Minifigures theme is no stranger to referencing LEGO history, and the latest batch of blind-bagged characters calls back to a true classic in Space Police. The concept first popped up in 1989’s wave of Space sets, then again in 1993 for Space Police II.

2009 then saw a brief reintroduction of the format in Space Police III, but it’s those original late-’80s sets from which 71029 Series 21’s Space Police Guy takes its cues. To celebrate this reimagining of an iconic minifigure, we’ve put together a two-in-one vignette that can either stand alone, or pair with the Alien build to create a wider display.

You can check out both the Space Police Guy half of that setup and the combined display below, or click here to check out the rest of our buildable environments for the newest round of Collectible Minifigures. If they’ve inspired you to try assembling your own, you can order 71029 Series 21 from LEGO.com right now.

The design of this vignette’s upper level carries over from our Alien build, for reasons that will soon become very clear. The pattern created by the triangular tiles was too good to use just once, though, and the lower level mixes things up by building out a futuristic sewer. (Turns out they look pretty similar to current sewers, but if it ain’t broke…)

If you’ve already seen our Alien vignette, you’ve probably also already clocked exactly how the two will fit together. Open the safe door, and you’ll find the intergalactic thief attempting to abscond with its contents using a readymade underground escape route.

To see more of Justin’s LEGO builds, check out his Flickr page, where his handle is justin_m_winn. And don’t forget, you can see our entire line-up of vignettes for LEGO Collectible Minifigures 71029 Series 21 by clicking here. 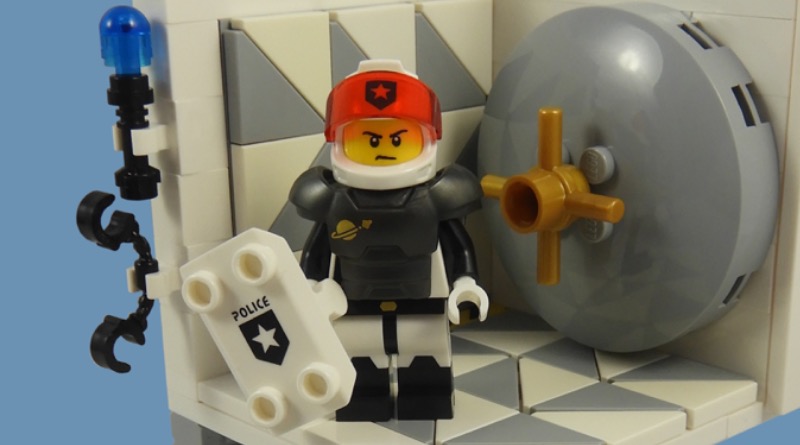