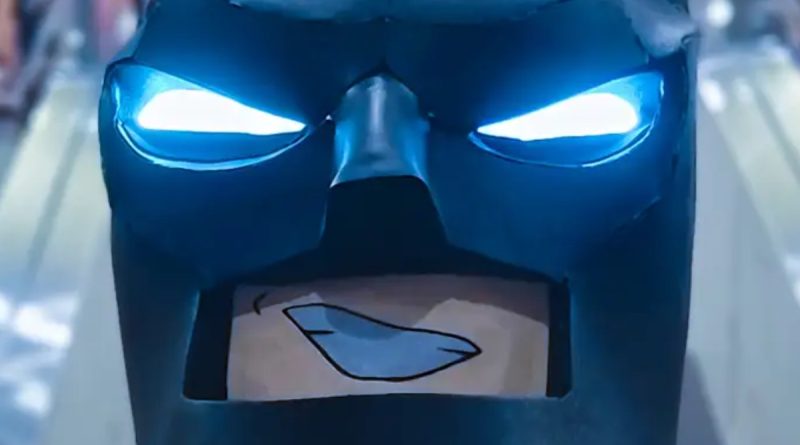 A LEGO Batman cosplayer turned up to Dragon Con 2022, cementing the notion that LEGO cosplay will never stop being completely unnerving (but also, awesome?).

If there’s one thing we’re constantly in two minds over, it’s whether LEGO minifigures make for good Halloween costumes. If you’re going down the realistic route, like this Ice Planet-inspired getup, it can be a fun and subtle nod to your favourite plastic people. But if you turn to cardboard to dress as an actual minifigure – like this family – things start to get a little weird. Good weird or bad weird, it’s hard to say.

For this LEGO Batman cosplay at Dragon Con 2022, a multi-genre pop culture convention that pulls in crowds of tens of thousands of people every year, we’re leaning towards the former. Based on the Dark Knight’s appearance in The LEGO Batman Movie, and more specifically 71017 The LEGO Batman Movie Series 1’s Lobster-Lovin’ Batman, it’s a costume that blurs the lines between realism and plastic toy.

Instead of going the whole hog with a cardboard torso, arms and legs, Intergalactic Cosplay (as they’re known on Instagram) instead donned a yellow muscle shirt, red robe and black shorts, then added a sculpted (and consequently hugely oversized) LEGO Batman head and hands. The lobster thermidor is the cherry on top, recalling the scene from the 2017 film in which a despondent Bruce Wayne rattles around his big empty Batcave.

Whether you fall into Camp Unnerving or would happily suit up as the Caped Crusader in this outfit, it’s hard to overlook the effort put into bringing LEGO Batman to life. And with Halloween right around the corner, this might just be all the inspo you need to perfect this year’s costume.