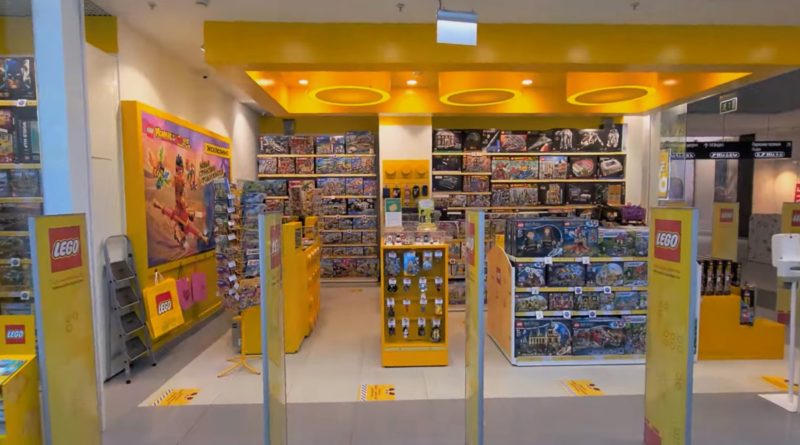 Following its decision to end commercial activity in Russia, the LEGO Group says it’s also taking steps to ‘increase control’ over third-party sales of its products.

Earlier this month, the LEGO Group announced that it’s terminating its partnership with Inventive Retail Group, the company that runs its branded stores in Russia. The move comes four months after the LEGO Group initially halted shipments to the country following the Kremlin’s invasion of Ukraine, and will see hundreds of jobs lost across Russia’s 81 LEGO Stores.

While that action will impact the sale of LEGO products in Russia through direct channels, however, it won’t necessarily stop them being sold altogether. Back in May, Russia added LEGO sets to a list of products approved for import without the agreement of their intellectual property owner, predominantly to bypass restrictions imposed on the country as a consequence of its war in Ukraine.

That means LEGO products could still find their way into Russia, and subsequently into the hands of consumers, through third parties – even while the LEGO Group intends to indefinitely suspend all commercial activity in the country. The company is aware of the situation, though, and says it doesn’t ‘support or facilitate’ any sales of LEGO sets in Russia.

“LEGO products were one of many international branded products that the Russian government has approved for parallel imports,” the LEGO Group shared in a statement on the LEGO Ambassador Network. “We do not support or facilitate sales of LEGO products into Russia or Belarus and have taken steps to increase visibility and control over any potential resale activity by our retail partners.”

The LEGO Group stated back in March that its thoughts are with ‘all the children and families suffering as a result of Russia’s invasion of Ukraine’, and made an emergency £12.3m donation to charities including Save the Children and UNICEF.